My grandfather enlisted into the British Army on the 19th December 1940, this would have been a difficult decision for all family men back then, struggling with the need to join up and help serve their country, against that of wanting to stay and help raise and protect their young families. It must have been a heart-wrenching dilemma for them all.

After his initial infantry training at Dorchester, Arthur was posted into the 9th Devonshire’s, a new battalion of men who hailed from all parts of the British Isles. He was given the service number 5629998 and was originally part of A' Company. His first posting with the Devon’s was to perform defence duties all along the east coast of England. This was to be the main task of many newly drawn infantry battalions back then, as Churchill felt that a German invasion was now imminent after the disastrous failure of the Dunkirk landings. The 9th Devon's were posted to places such as Colchester and Rayleigh in Essex, here they took part in practice drills and manoeuvres. Occasionally the Luftwaffe would pay a visit, but apart from that there was little in the way of action whilst performing this defensive role.

Another battalion acting out exactly the same duties at that time were the 13th King’s. Their fate, and that of my grandfathers were to be intertwined just a few months later when a call was made for fresh garrison troops to be sent out to India. These were needed to help police and control the increasingly restless population of the sub-continent, who were looking to exploit those troubled times in order to enhance their push for independence.

Pictured left, is a photograph of Granddad dressed in his 'greatcoat', probably taken at some point during his Infantry training. From a page within his service records we learned that he had brown eyes, this might seem an insignificant detail to most people, but to my family it was a new and valued piece of information about a man we knew little about. 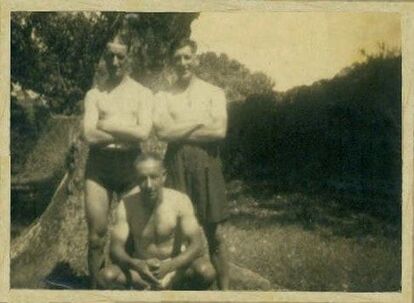 In June 1942 the 9th Devon's travelled across to Gloucester and were disbanded into drafts of men, some of which were sent out to India. From Granddad's service records we know he arrived in India around the end of August that year and then was posted as a draft reinforcement into the 13th King's.

He was sent to the training camp at Saugor in late September and here he joined 5 Column. Around the same time Bernard Fergusson took over control of the unit from the previous commander Ted Waugh, who had recently stepped down due to ill health and concerns about his age.

Pictured left, is a photo of Granddad (crouching) and two of his mates. This photo is probably from those training days at Saugor. Through an amazing coincidence I managed to find out the identity of one of the other men in the photo. Fred Walker is the man standing on the left as you look at the image. I received a phone call totally out of the blue from Fred's brother-in-law, who told me he had seen the photo in an article I had placed in the Burma Star magazine, Dekho. He said he had read it in his G.P.'s surgery, while waiting for his appointment with the doctor, he couldn't believe his eyes when he opened the magazine and found himself staring at a photo of his wife's brother.

Granddad went into Burma with Operation Longcloth in early February 1943, he took part in all of 5 Column's activities at places like Bonchaung and Hintha. On dispersal in early April he must have become separated from the main group and on reaching the Shweli River met up with some men from Column 7. He became part of Lieutenant Musgrave-Wood's party and headed out toward the Chinese borders. His official missing in action date was 18/04/1943, but we know he was still at large right up until the 15th May. For more details about his last known movements please read his full story page in the main menu. Arthur Leslie Howney

After being captured, along with James Ambrose, William Jordan, Fred Lowe, Leon Frank and Edgar Burger, he travelled the usual Chindit POW route of Bhamo jail, Maymyo prisoner camp and finally down to Rangoon Jail in June 1943. 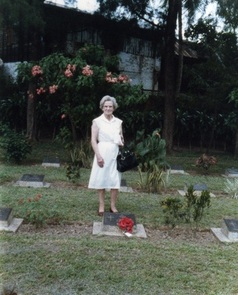 Granddad died in Block 6 of Rangoon Jail on the 19th June 1943, he was the fifth Chindit from Operation Longcloth to perish in that establishment that year. He died mainly from the exertions and trials of being a Chindit, rather than anything the Japanese had meted out. Sadly he was to be one of many Chindits to die in Block 6 during those early summer months of 1943.

He was buried originally in the grounds of the English Cantonment Cemetery, situated close to the large ornamental lakes in Rangoon and right next door to the city zoo. One of the Chindit soldiers I have had the pleasure of meeting, Denis Gudgeon, told me how on many occasions during the funeral services, you could often hear the animal noises from the zoo.

Pictured left is my Nan at Rangoon War Cemetery in 1987. This is where all the British casualties who died inside Rangoon Jail were re-interred after the war. She was fortunate to be able to visit her husband's grave through the good work of the War Widows Association and the Royal British Legion's Poppy Travel. There is no doubt in my mind that this visit to Rangoon allowed Nan to finally close a part of her life that had been left open and unanswered for over 40 years.
Update 25/12/2016.

In November 2016 I was extremely pleased to recieve an email contact from Gary Howney, who is the son of Fred Howney, my grandfather's youngest brother:

Hi Steve, I have read the stories of Arthur on the site. I just wanted to make contact and say what a great tribute this is to both him and the many brave souls that served with him. I'm the son of Fred Howney and have many memories of sitting around a table with Dad in the house in Kilburn and being told many stories of his war years. Frank, Arthur's other brother also lived in this house and had a picture of your granddad on his mantlepiece. Frank was also a Burma veteran and served with the Yorks and Lancs Regiment. Lots of great memories of these incredible characters mate, hopefully we can talk soon.

Gary was able to tell me a great deal about the Howney brothers growing up, especially in regards to their love of sport, their intense competitive nature and how they all loved to play tricks on one another. However, probably most importantly of all he was able to send over some photographs of the three youngest brothers; Sidney, Frank and his own Dad, Fred. My grandfather, Arthur Leslie also had two older brothers called Charles and Alfred. My own brother Marc, had previously sent me a couple of the photographs shown in the gallery below and had painstakingly researched the Howney line as part of his work on our extended family tree.

This is what I have learned about the three younger brothers:

Gunner 14599422 Sidney James Howney was born in 1910 and was the son of Charles and Margaret Howney and the husband of Eva Howney from Willesden in London. Sid served with the 8th Reserve Regiment, Royal Artillery during WW2, but sadly died on the 27th August 1945, in St. Stephen's Hospital, Chelsea, as a result of a road-traffic accident whilst on duty with his unit. He is remembered upon the Screen Wall at Willesden New Cemetery. To view Sidney's CWGC details, please click on the following link:
www.cwgc.org/find-war-dead/casualty/2433592/HOWNEY,%20SIDNEY%20JAMES

Sgt. Francis Verdun Howney was born on the 17th December 1916 and worked as a stonemason in civilian life. Frank served in the Arakan region of Burma with the Yorks & Lancs Regiment, as part of the 25th Indian Division. Later in the war, he worked within the British Reinforcement Training Centre (Deolali), putting newly arrived soldiers through their paces as they acclimatised for future service during the Burma campaign and beyond. Frank died at home in London on the 3rd March 1983.

To read more about the 25th Indian Division and its role during the third Arakan Campaign in 1944, please click on the following link:

Download File
Sgt. 6921367 Frederick Howney was born on the 12th January 1921. Fred served with the Rifle Brigade in North Africa and Italy during the years of WW2 and was invovled with calculating weapons fire trajectory, as cover for advancing British troops on enemy positions. He was also a top marksman for the Rifle Brigade and often frequented the Bisley Ranges for competitions and as a weapons instructor. Fred sadly died in 1988.

Seen below are some photographs of the younger Howney brothers in the various uniforms from their war-time service. Also shown are some other images in relation to this update. Please click on any image to bring it forward on the page. 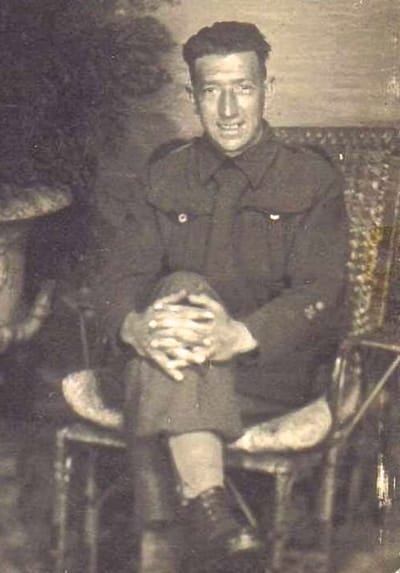 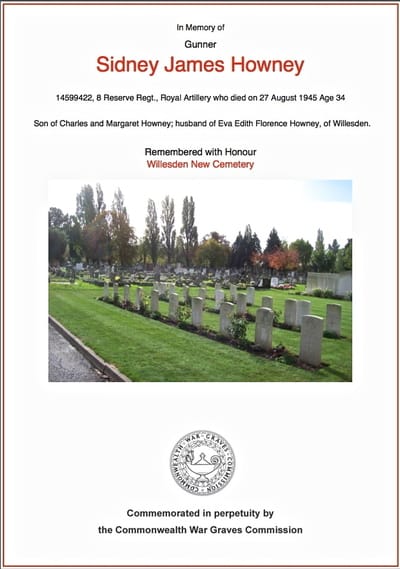 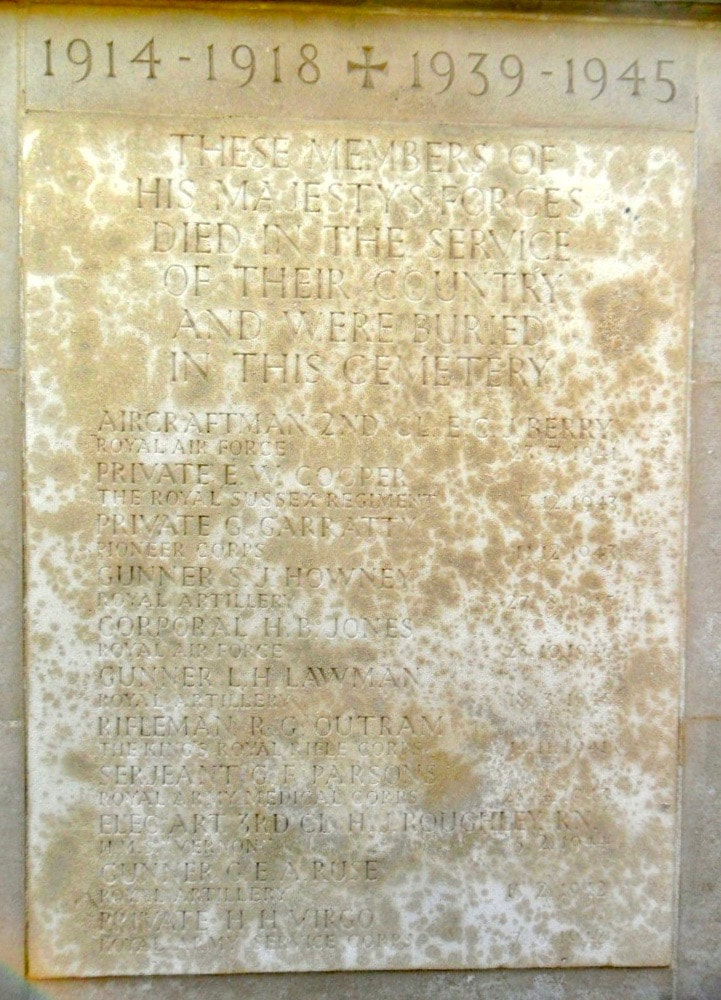 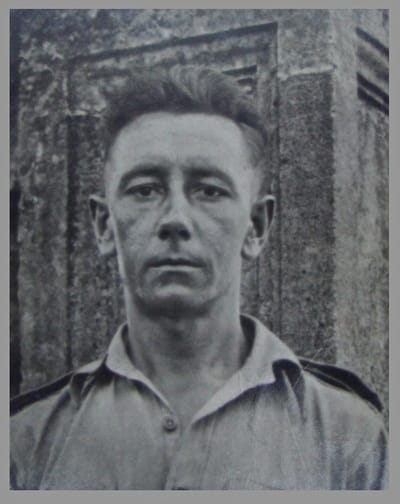 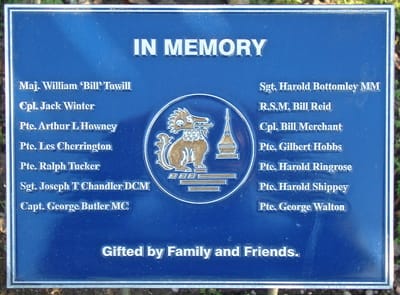 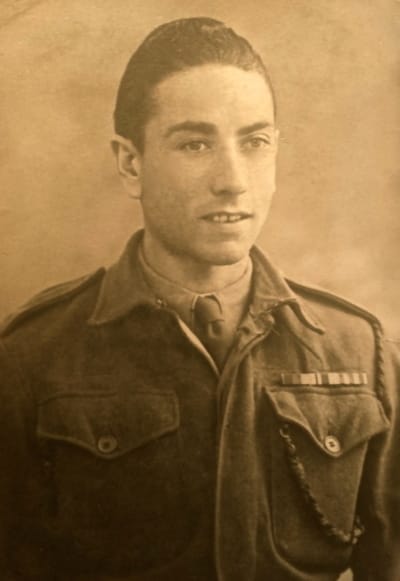 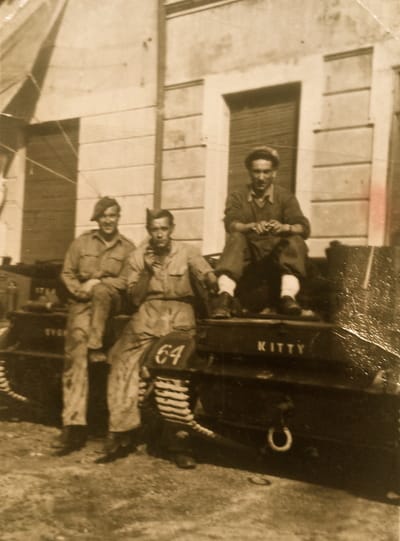 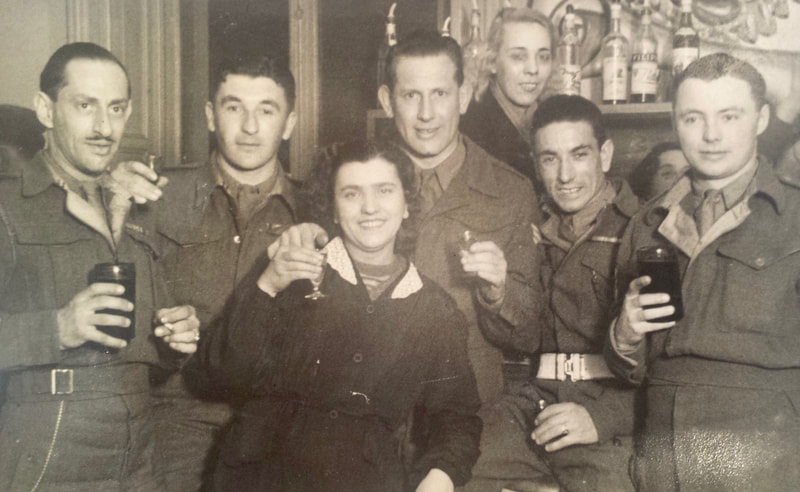 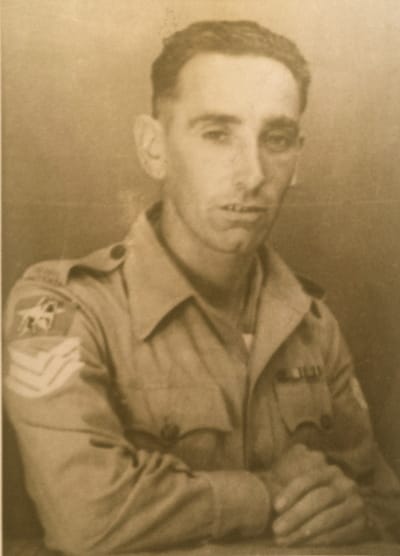 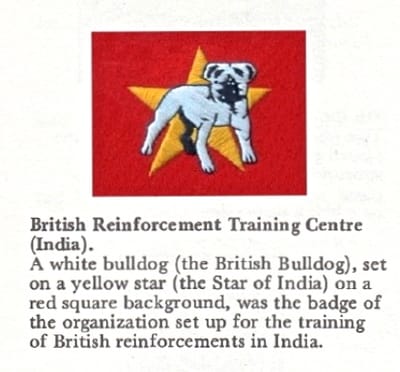 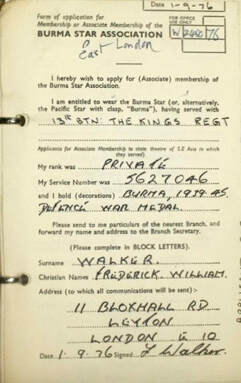 ​Recently, the Burma Star Association have released all of their membership details for over 56,000 former members of the organisation. These included the membership form for Pte. 5627046 Frederick William Walker, my grandfather's friend from the second photograph shown at the top of this page. Fred joined the the East London Branch of Burma Star Association on the 1st September 1976 and lived at 11 Broxall Road, Walthamstow at the time.

As already mentioned above, on Monday 26th April 2010 I came home to find an answer message on my house phone from Mr. Ken Haynes. He said that he had read my Dekho! article in the Winter 2009 issue of the magazine, whilst he was in his doctor's waiting room. He had never heard of the magazine before and was drawn to it because of the Burma campaign connection. He was then amazed to find a picture of his late brother-in-law, Fred Walker within the pages of the magazine.

Ken told me that Fred was the man standing on the left of the photograph wearing the dark swimming trunks. Pte. Frederick Walker survived both Wingate operations and was repatriated to the United Kingdom after the Japanese surrender in August 1945. However, like so many of the men from the Burma campaign he suffered lifelong bouts of malaria. Ken promised to look for more details about Fred and ask his sister if she has any other information about him. Fred died of a heart attack in 1990. He loved to go to watch the greyhound racing at the Walthamstow track.
Copyright © Steve Fogden 2011.