"Fighting Men, second to none."

Kings Liverpool Cap Badge circa WW2.
Compiled below is a Roll of Honour for the men of the 13th Battalion the King's Liverpool Regiment. The roll was compiled by Lars Ahlkvist with a small amount of help in the latter stages from myself. It lists the men from the battalion who were to form part of the infantry section for the first Chindit Operation in 1943.

I first made contact with Lars in 2007 when he kindly answered a post I had left on the Burma Star Association website forum. His reply was one of the first pieces of information that helped launch my research into the first Chindit operation and which, I guess, has ultimately led to this website.
The sources for the roll are the Commonwealth War Graves Commission Records, The War Graves Photographic Project, The War Diaries of the 13th King’s, a casualty report from the 13th King’s in 1943, and a number of books on Operation Longcloth.

Within the roll are included all men killed or who died whilst on strength, or noted as attached to the 13th King’s during the war. Also shown are their column placement (if known), POW status (if verified) and time of death, whether this was before the operation during training, or after, as a result of their exertions in Burma.

On debrief in May 1943, Wingate had this to say about the many Longcloth casualties:

"Some of us did not come back. But they have done something for their country. They have demonstrated a new kind of warfare, the combination of the oldest with the newest methods. They have not been thrown away."

In Rangoon War Cemetery in March 2008, a veteran of Operation Longcloth told me of his feelings when walking about the graves of his long fallen comrades. He conveyed his thoughts using this quote which I feel is a fitting way to lead into the roll below:

​"All the earth is a tomb of heroic men and their story is not only graven in stone over their clay, but abides everywhere, without visible symbol, woven into the stuff of other men's lives." (Thucydides, Ancient Greek historian talking of the battles fought by Pericles).

Below is the largest group photo I have seen in regards to the 13th King's in India or Burma. It is the 13th King's Brigade Head Quarters taken in early 1942 at Secunderabad. Please click on the image to bring it forward on the page.

​(Photo courtesy of Mrs. Georgina Livingstone, wife of William Livingstone MC and RSM of the battalion at that time). 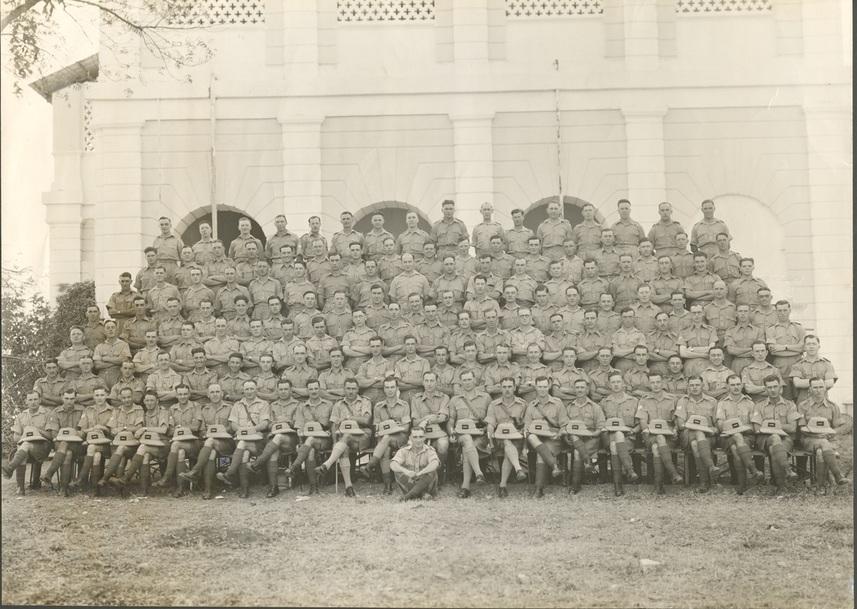 On the 13th March 1944, Viceroy, Lord Wavell visited the 13th King's at the Napier Barracks in Karachi. He was there on official duties, recognising some of the men from the King's who had been awarded gallantry medals for their efforts in Burma during 1943. Having finished this assignment, he then took time to speak to all of the men and in particular those that had survived Operation Longcloth.

In his speech he recalled the time when he first met the Battalion in the jungle training camps near Saugor and the arduous training regime they had carried out under Brigadier Wingate. He then recounted his next meeting with the men at Imphal in February 1943, just before the Brigade moved off towards the Chindwin. Wavell congratulated the Battalion on the manner in which it had performed its duties in Burma and said that although the Battalion had suffered many casualties, he felt these losses had not been in vain. He felt that those who had returned had made it possible for better, larger and more efficient long range penetration columns to be formed and much of the experience that the 13th King's had gained had, and would be put to good use in fighting the Japanese. He then wished the Battalion good luck for the future and hoped that it would again be given the opportunity to show its worth in battle.

​(Excerpt taken from the Battalion War Diary, March 1944).
​
I thought that the following extract, written by an officer who commanded troops during the infamous retreat from Burma in early 1942, would be a fitting addition to this page on the website, as it describes the indelible bond created between soldiers in war and the lifelong memories they hold of their comrades from that moment onwards.
​
​A Soldier’s Sentiment
From the book No Mandalay, No Maymyo by Gerald Fitzpatrick.

Bravery is unpredictable, often coming from the humble, quiet, unassuming one; although mostly it just happens and it is not recognised by officialdom. The British soldier of the line is a prince amongst men, he seeks nothing other than good trustworthy comrades and competent commanders. There were many princes in the 2nd Battalion, The King’s Own Yorkshire Light Infantry in Burma during 1942. Not one of those men lost to the jungle would have considered taking an alternative track and remained steadfastly with their friends.

No matter what the cost or discomfort, there was no question of parting from chums in the unit. Family and friends back home were hardly a memory, and the long weeks of absence, with no letter from them, created a dependency on the man right there by one’s side. Uncertainty of life itself caused a bonding, within a section, within a platoon, within a company.

As the hard months of endurance took their toll, there was pride in achieving day by day survival. No man would willingly part from his mucker, it is a deep and enduring bond, one that has no equivalent in civilian life and it is honoured forever by his comrades. It is the magic that a survivor savours in silence for the remainder of his life, no matter how many years roll by.

He will know exactly the spot where Chalky, Nobby or Dusty fell to lie at peace forever. He remembers anniversaries, the date they joined up, the moment they met, the days of embarkation and landing and so much more; and there, printed indelibly in his mind across all else, are his Army number, and the last three digits of every man in his platoon. He feels the ache and the pain, as he remembers the joy, and the pride they shared together. The allegiance transcends all family ties and understanding; his family cannot see the picture of this young man, so vivid in his mind, his lost mucker.

The bond was made for life and it is for life. The old soldier sees clearly his mate who has not aged one day over the last fifty years, he sees the smile, he hears the chat and he remembers the mischief. It is a deep pride, a private inner thing he alone knows; his eyes moisten and the occasional tear runs down his wrinkled cheek. But Chalky, Nobby and Dusty, they never change!
​ 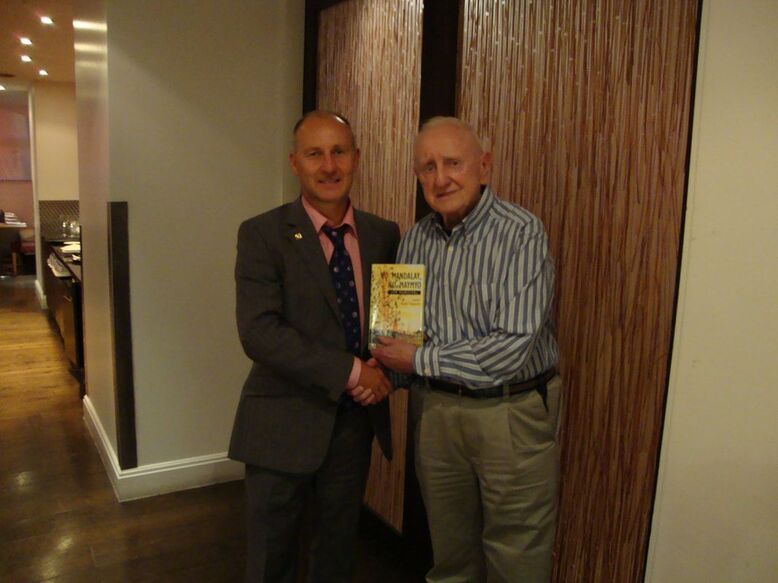 Myself and Gerald Fitzpatrick meet in London on the 6th June 2011.
Copyright © Steve Fogden and Lars Ahlkvist 2011.