The Men of Operation Longcloth 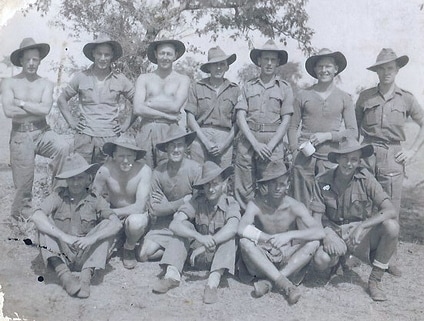 Here is a photograph of a group of Kingsmen taken in the training camp at Saugor in 1942. In the front row (centre) is James Frederick Woodhouse, a Geordie amongst Scousers (his words), also present in the front row, third from left is Michael Patrick Downey. Some of these soldiers were already in their mid-thirties by the time Wingate took them as his Long Range penetration guinea pigs. For some, their age would prove a deciding factor against their survival in 1943.

Update 03/06/2012: I have since learnt that the man in the centre of the back row is Patrick Quinn, who was attached to Column 5 in 1942/43, and then served again with the Cameronians in 1944. This information was sent to me by his son Rod.

Update 27/08/2012: The man sitting in the front row, crossed legged, with the bandage on his arm is Frank Holland. He went on to serve in Column 8 in 1943. This information was sent to me by his son Gerry.

Update 03/02/2017: I have discovered recently, that the soldier seen in the back row, extreme left as we look, is Pte. 3771600 William Henry Molyneux from Liverpool. William enlisted into the British Army on the 16th March 1938 and was posted to the 5th Battalion of the King's Regiment. After voyaging to the sub-continent, he joined the 1st King's at their base at Ferozepore, in the Punjab region of India. William took part in the second Wingate expedition in 1944 and was flown into Burma on the 5th March that year in the first wave of glider landings. His Chindit column is unknown at this time, but would have been either number 81 or 82. Although he was not wounded during the campaign, William suffered for sometime afterwards with continuing bouts of malaria, both the BT and MT strains. This information was passed on to me by William's son Tony Molyneux.

This is how Admiral Lord Louis Mountbatten (SEAC's Commander in Chief by 1944) assessed the operation:

In 1943 the imagination of the world was captured by a small force of British and Indian troops, under Brigadier Wingate, which made the first experiment in long range penetration and proved that we could out fight the Japanese in a kind of war he had made his own and under conditions which were to his advantage. It was the harbinger of bigger things, but in itself, of course, the experiment was on a small scale.

Wingate had a multitude of critics and detractors and his maverick and unconventional style did not sit well with the old school in the British Indian Army at the time. The men he commanded also held their own strong views on the man, and on the new strategies they were to carry out in the field for the first time. Like the powers that be in Delhi, the men of the 13th Kings either believed him to be a genius of great vision or simply a callous mad-man.

So on February 15th/16th the men of Operation Longcloth stood on the western banks of the Chindwin River and looked over into Burma, the time had come to prove the theories of long range penetration and column by column over the river they went. Amongst them, the men of the 13th Kings, who on sailing to India foresaw nothing more than town garrison duties, the young and inexperienced 3/2 Gurkha Riflemen, whether officer or other rank, the RAF air liaison officers who had volunteered, but for what they had never known until it was too late, and hundreds of reluctant mules and their drivers. Perhaps it is true to say, that only the men of the 2nd Burma Rifles crossed the Chindwin that year with some idea of what obstacles and cruelties lay ahead.

Here are some of the men and their stories, please click on their name and follow the directions in the brackets. To help you find information on any particular soldier, please use the search box function found in the top righthand corner of every page, or alternatively search for him here on The Longcloth Roll Call 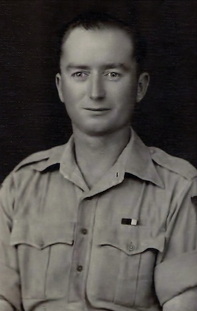 Ralph Tucker in his King's Uniform.
On 30th September 2013 I became aware of the existence of a former Chindit soldier from Operation Longcloth, who incredibly, had reached his 100th year.

The family of Ralph Tucker contacted me with the information that he was formerly a soldier in the Devonshire Regiment, but, like my own grandfather had been transferred over to the 13th King's and served in Burma in 1943.

Ralph only just managed to survive Operation Longcloth and had walked out of Burma in 1943, covering in excess of 600 miles before reaching the safety of the Assam border. After a long period of recovery, Ralph performed several unusual administrative duties in India and was not repatriated to the United Kingdom until well after the war had ended.

Sadly, Ralph Tucker passed away on the 16th November 2013. He was to my knowledge, the oldest surviving Chindit soldier that took part in Operation Longcloth.

I would like to dedicate this page on my website to his memory and to his remarkable achievement in reaching his 100th year. As Mike Calvert once said "Chindits never actually die, they just go to heaven and regroup, after all, they have been through hell already."