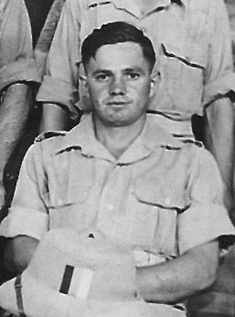 Mary has been attempting to make sense of her father's Army service in India and Burma during the war and his many memories of that time, especially those driving for Major-General Orde Wingate.

Like many men involved with Chindit service in 1943 and 1944, nothing ever seems certain or indeed, follows any obvious or predictable pathway. Mary was concerned that Harry was recorded as having been ill in hospital during some of the months allotted to Operation Longcloth training and that he had been on leave, literally up to the date that the Brigade crossed the Chindwin in 1943. This surely must have precluded any involvement in the first Chindit operation.

On Harry's service records there is an entry showing him as re-classified as fit and posted to 'Special Force' on the 8th January 1944. This is a classic date for involvement in the second Chindit expedition, Operation Thursday. It seems possible that Driver Roberts had trained for Operation Longcloth, but had become too ill to take part, then ended up driving for Wingate in the meantime, resuming his driving duties after Wingate's return from Burma in April 1943. Later on, in October 1943 he was sent on a course, learning about the procedures involved with supplying troops from the air.

In her emails Mary told me that:

"Harry had been a Driver in Libya and Syria in the campaign against the Vichy French and then later in North Africa, where he moved supplies up to places such as Tobruk. He was posted to India in early 1942, arriving at Bombay in March that year. During his time in North Africa he had been captured for a short time by the Italians, but had escaped by killing the Italian guard on perimeter duty. He had often wondered if Wingate had heard about his exploits and this may have been the reason for choosing him as his driver.

Many of his stories were about Wingate himself; his love of eating raw onions, how he would often walk around naked and how many of the officers and men thought that he was completely mad, although this view was not shared by my father, who had the greatest respect for him.
My father remembered being sent on many errands and taking messages or letters to the nearest point of civilisation such as the local Post Office. Perhaps his one most favourite anecdote was how Wingate would constantly tell him that: 'he would rather be five minutes late in this world, than five minutes early in the next,' but then tell Harry, "Can't you go a little faster Roberts?"

Seen below are two group photographs showing Harry Roberts and some of his comrades from his time in India and Burma. Please click on any image to bring it forward on the page. 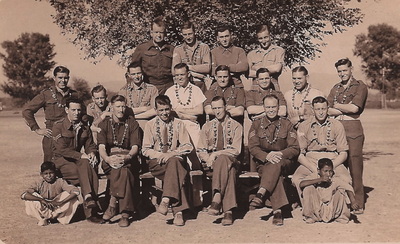 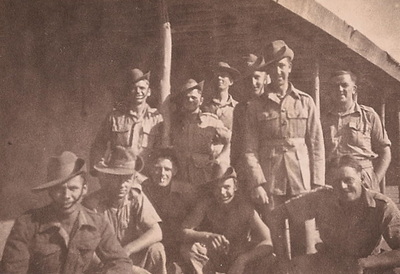 As mentioned earlier in this story, it seems more likely that Harry Roberts served on the second Chindit operation in 1944. He recalled that he often had to march 20 plus miles in a day and that it was well over two weeks before the Japanese even realised that the Chindits were amongst them. This matches up well with the glider landings at Broadway in March 1944, when the first wave of men set down in Burma and quickly secured the stronghold and constructed the airfield. Some of these units immediately marched off towards the Irrawaddy River to patrol and restrict enemy waterborne supplies. It is well documented that the Japanese took an age to react to this surprise infiltration by the Chindits and were certainly caught with their trousers down so to speak.

Harry spoke of supply drops coming in regularly every five days or so, and that sometimes the Japanese got to these first, leaving the Chindits to go hungry and survive for long periods on 'hard rations'. He remembered marching in monsoon conditions, wet to the skin and his boots full of mud. Harry mentioned snipers positioned up in treetops and how he once received a bayonet wound to his leg, when attempting to overpower an enemy soldier. After the ensuing struggle he brought this man back in for interrogation, which was a very rare occurrence in 1944.

He spoke of all the tropical diseases that the men succumbed to whilst in the jungles of Burma; scrub typhus, jungle sores and of course malaria and dysentery. Harry suffered with malaria continuously during his time in India and Burma and this could well have been the reason for his numerous visits to hospital. One particular incident remained firmly fixed in Harry's memory; he recalled how the Japanese had once attacked a Chindit medical centre whilst an operation was being performed and how they paid no respect whatsoever to the doctors performing this duty. All these recollections point most strongly to the Chindit campaign of 1944 rather than the one the year before.

Mary told me in her emails that her father was strongly affected by his war time experiences, suffering from recurring nightmares and bouts of malaria for many years afterwards. When his family at home saw some of the photographs Harry had sent back, they had worried about how thin he was looking and feared for his health. At the end of his service with 'Special Force' Harry was sent to the Gwalior presumably for some rest and recuperation, before returning home to the United Kingdom.

In a letter sent to Harry in July 1945, he received information about two Army Officers he had obviously enquired about at some point previously. One was Major C.H. Mason of the Royal Army Service Corps, the other was a Captain Heathcote. The Medical Officer for Chindit Column 8 in 1943 was Captain J.D.S. Heathcote and I am sure this officer went on to serve again in 1944, although I cannot be 100% sure of this last fact. I wonder if Heathcote had been involved in the incident with the Japanese mentioned above, or had treated Harry for his malaria at some stage during his time in India and Burma?

Mary also told me that amongst her father's various Army badges and insignia was one for the Chindits and that he had as part of his medal entitlement, both the Africa and Burma Stars. Seen below are three more photographs relating to Harry Roberts time during WW2. These include the photograph of him in his solar topee helmet, where he looks incredibly thin and which so upset the family back home when they first saw it. Also shown, is Driver Roberts in Chindit uniform during his time with 'Special Force' in 1944 and an image of Brigadier Wingate in an American Army Jeep, being transported somewhere in India prior to the Chindit operation in 1943. Please click on any image to bring it forward on the page.

I would like to thank Harry's daughter, Mary for all her help in bringing this fascinating story to these pages and for allowing me to reproduce some of the photographs depicting his time in India and Burma. 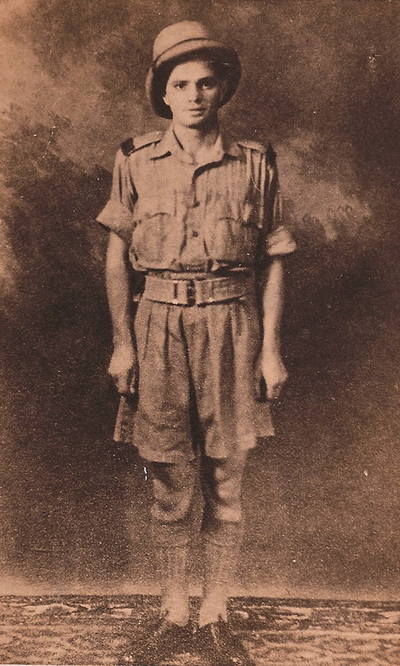 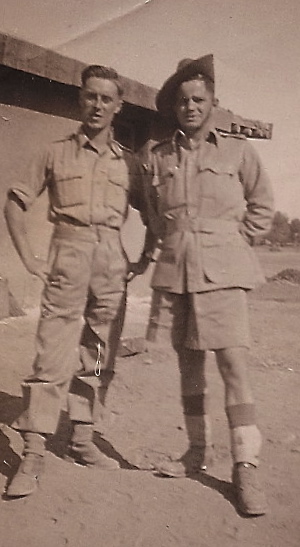 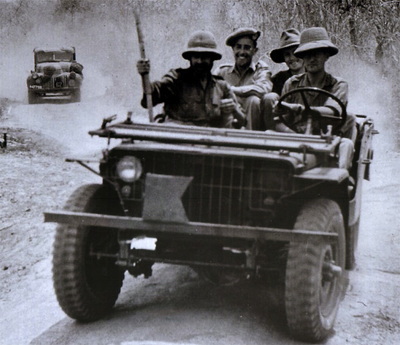 I was delighted to receive another email contact from Mary in September 2022:

I understand that Paul Corden of the 77th Brigade has Cc’d you into his recent email following my husband’s enquiry. You will remember that I contacted you some years ago regarding my father, Harry Roberts, who always said he was General Wingate’s driver during the 1944 campaign. Well we’ve been doing quite a bit of research since our last correspondence and we now know some more details about his Chindit service.

​His original unit was 419 Company RASC which was attached to the 60th Field Regiment Royal Artillery, part of the 23rd British Infantry Brigade in 1944. He would therefore have been a member of either 60 or 88 Column and operated around the towns of Imphal and Kohima that year. What we would like to know is whether there is any Army record of his role in Special Force, and where he was in the Long Range Penetration Brigade, following Wingate’s death.

​Although I could not find any new information about Harry Roberts as an individual, I was able to send Mary the 1944 war diary for 60th Field Regiment, Royal Artillery, which did at least provide some more details about where the unit fought during the Japanese invasion of Assam. I was also able to inform the family that Special Force HQ was based at Sylhet at the time of General Wingate's death.