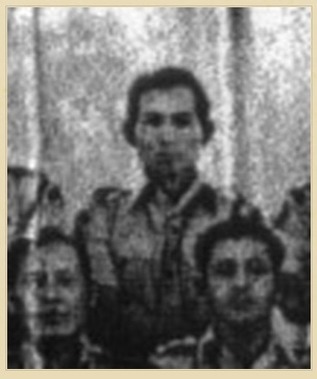 John Hla Shein (centre). Image taken at Dehra Dun in 1944.
Karen officer, John Hla Shein was born on the 12th August 1917 in the Irrawaddy Delta of Burma. He enlisted into the British Indian Army in 1938, along with several of his Karen friends, he was then posted to the Burma Rifles at their barracks at Mingaladon on the outskirts of Rangoon. In 1942 he was unfortunately part of the general retreat from Burma in the face of the rapidly advancing Japanese invasion force.

From the perspective of my research, it is difficult to place John as definite participant on Operation Longcloth. He has anecdotal connections with officers such as Captain John Fraser and George Carne, so the likelihood would be that he served in 5 Column if at all in 1943. He did however definitely serve on the second Wingate expedition in 1944, where he commanded a Burma Rifles section and carried the rank of a junior Lieutenant or Jemadar.

50254 Jemadar John Hla Shein was in charge of the mostly Karen Burma Rifles section in the 45th Reconnaissance Regiment (RAC) Head Quarters. Led by Colonel Dick Cumberledge the 45 Recce made up the numbers for Chindit Columns 45 and 54 in Bernard Fergusson's 16th British Infantry Brigade on Operation Thursday. After Cumberledge was wounded and flown out to India, John Hla Shein took over the command of Brigade Head Quarters.

The young Jemadar was extremely successful in the leadership of his platoon and his efforts on Operation Thursday were recognised by his superiors with the award of a Military Cross.

Action for which recommended:

Jemadar John Hla Shein commanded the Karen section of the Reconnaissance Troop in his Chindit Column. During the fighting near Thetkegyin on the 26/27th March, the column was in dire straits through lack of water. Jemadar John Hla Shein carried out a series of daring reconnaissances in jungle swarming with the enemy and led the column to the water which they had lacked for over two days.

Although coming under fire, his coolness, cheerfulness and courage were an inspiration to all who saw him. Later, with his British Officer being wounded, he took command of the whole troop, including thirty British; and led them for the rest of the campaign.

He distinguished himself, especially during the fierce fighting at Henu Chaung on the 18th April 1944, when British and Karens alike were inspired afresh by his dauntless display of fearlessness.

The power vacuum which developed within Burma after independence from British rule, was to create both political and social unrest. This complicated and fragile state of affairs was never more apparent than within the Armed Forces. After the war John Hla Shein was promoted to the rank of Major in the newly formed Burmese Army. However, his previous connections with the British resulted in him being arrested by the ruling Junta and at one point he and several other prominent Karen soldiers were actually sentenced to death. These sentences were later commuted to life in prison and subsequently reduced further resulting in his eventual release. John Hla Shein emigrated to Australia in 1972.

John Hla Shein was a native Karen born on 12th August 1917 in the Irrawaddy Delta of Burma. He joined the British Army as a recruit in 1938, together with Karen friends Sau Po Thein, Sau Po Seik and Sau Jay. (Sau is a title like Mr.). The regiment was in Mingaladon near Rangoon at that time. His Army service number was 7321. He recalls his officer as Colonel Martin. He withdrew from Burma together with the British Army in 1942. He still remembers Major McKair or McQuire and Colonel Cotton. He served with the British at Imphal, Dimapur, Silchar and other places.

The first operation to invade Burma was not successful but the second (Operation Thursday) was. He served under Brigadier Bernard Fergusson who later became the Governor General of New Zealand. He won the Military Cross in 1944-45. The other Karen soldiers who won the MC were the late General Smith Dun, Lt.Colonel Godwiller and Major Min Maung. Brigadier General Henson Kya Doe was another prominent Karen officer from the WW2 period, Henson Kya Doe and Smith Dun were senior to John in the new Burmese Army after independence.

John was married to Lilian on 30th June 1948 and they had two daughters. John was dismissed from the Burma Army without honour in the 1950's on the accusation of being pro-British.

While Sir Bernard Fergusson was serving as the Governor General of New Zealand, Henson Kya Doe invited him to Rangoon. Both these men had met previously when they were attending Sandhurst Military Academy before the war. John was invited to the gathering and party in Rangoon. That was the last time he was reunited with his old wartime commander, but he could not remember the year. It could be in the mid-1960's. Fergusson wrote six books including Beyond the Chindwin, a war memoir about his time in Burma which mentioned many soldiers of Burma. He recommended John for his MC just after his time in 1944.

Under Fergusson's guidance, John moved to Australia in June 1972. His wife followed him two years later. They have now been married for over 60 years and it will turn 61 years in June (2009). Sadly his wife is seriously ill at the Royal Perth Hospital and John is at home on his own. His daughter lives a bit far from him and can only manage to take him to the hospital on Sundays.

Even though he is frail and old, he still cherishes the war days and the adventures he took part in with his British colleagues. Unfortunately, very few people remember his sacrifice in WW2 and his most treasured medal, the Military Cross is proudly displayed in his lounge at home. Whenever I encourage him to do something about his British service and pension, he simply answers, no!

Seen below are some images in relation to the story of John Hla Shein, a proud and courageous man, who fought for the freedom of his country not only during WW2, but again after the country's independence in 1948. Please click on any image to bring it forward on the page. 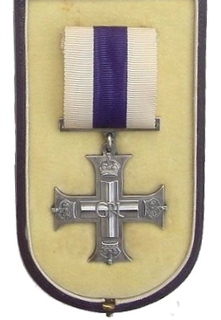 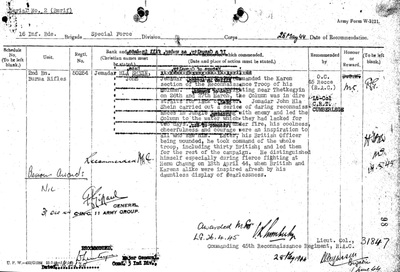 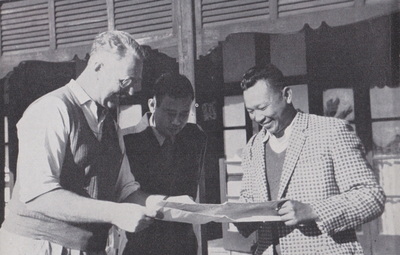 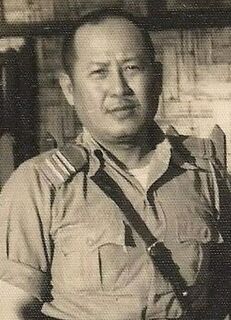 I was delighted to receive an email contact from Alfred Dun, who was the son-in-law of Captain Donald Talmadge, a member of the 2nd Burma Rifles on Operation Thursday in 1944. Donald was the son of U Po Htun and Daw Aye Sa and after his service during WW2 went on to serve with the Karen Army, rising to Adjutant and eventually the newly created Burma Army after the country's independence.

Donald, who was the husband of Daw Nina and father of four children, became a lecturer in Chemistry at the Defence Services Academy situated at Maymyo. Sadly, Major Talmadge passed away on the 24th September 1974 and was laid to rest at the Maymyo Military Cemetery.

Alfred was also able to tell me more about John Hla Shein and his military career:

Uncle John Hla Shein began his Army career with the 1st Battalion, the Burma Rifles and then moved across to the 5th Battalion. After the Japanese invasion he served on the first Wingate expedition and then again the following year when he was awarded his Military Cross.

By August 1945, John Hla Shein was back in Burma and became a Company Commander with the 2nd Karen Rifles, before rising to second in command of the 3rd Karen Rifles at Mandalay under the leadership of Colonel De Htoo. I have a photograph of him aged 100 where he is wearing his WW2 medals at a special ceremony in Australia.

Further to our email discussion about Donald Talmadge and John Hla Shein, Alfred informed me that his own father, Frederick Dun had served as a Sub-Lieutenant with the Royal Naval Volunteer Reserve during WW2 and then with the Myanmar Navy aboard the ship UBS Mayu. The Mayu was the first flagship of the Burmese Navy. She was commissioned on the 25th May 1947 and saw 32 years active service patrolling Myanmar's territorial waters. The ship originally belonged to the Royal Navy as HMS Fal and had performed anti-submarine duties during the war before she was transferred to the Burmese government in 1947.

I would like to thank Alfred Dun for his email contact and for the information he has provided regarding Donald Talmadge and John Hla Shein. Seen below is a gallery of images in relation to this update including the photograph of John Hla Shein wearing his WW2 medals in 2012. Please click on any image to bring it forward on the page. 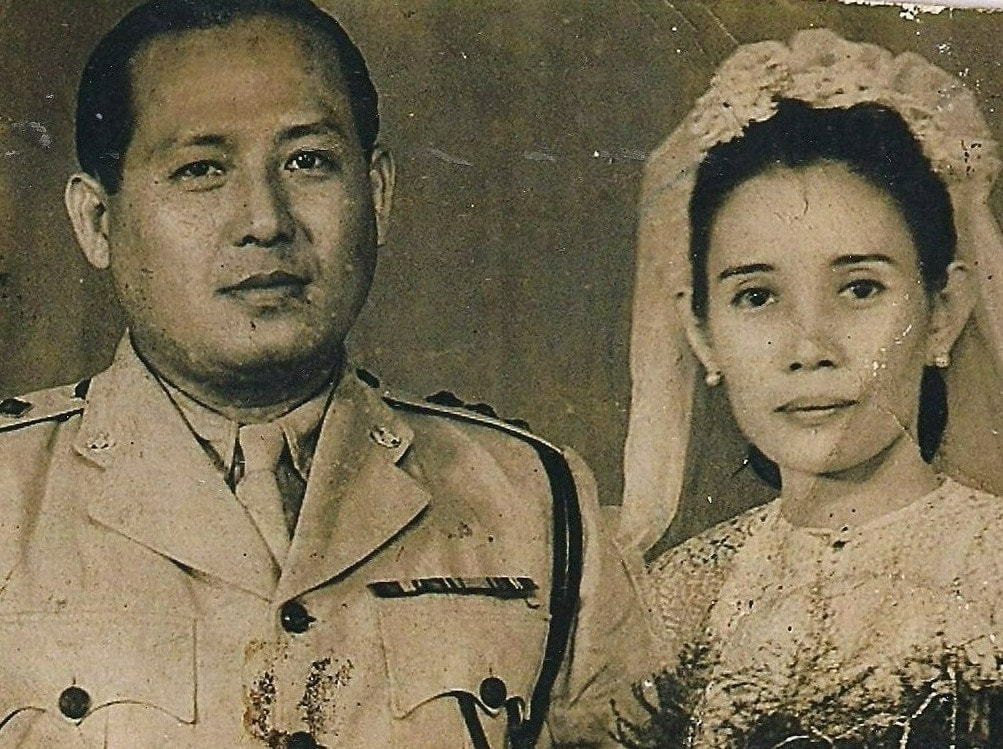 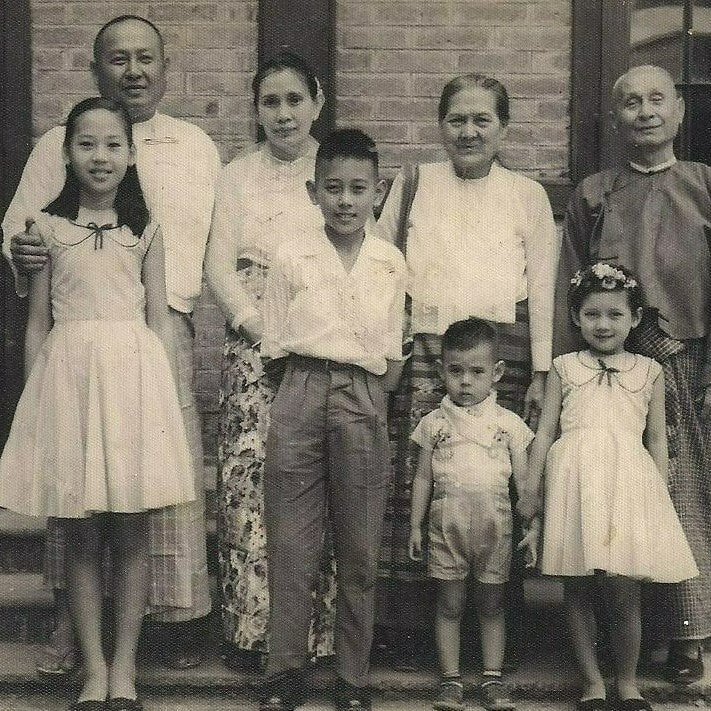 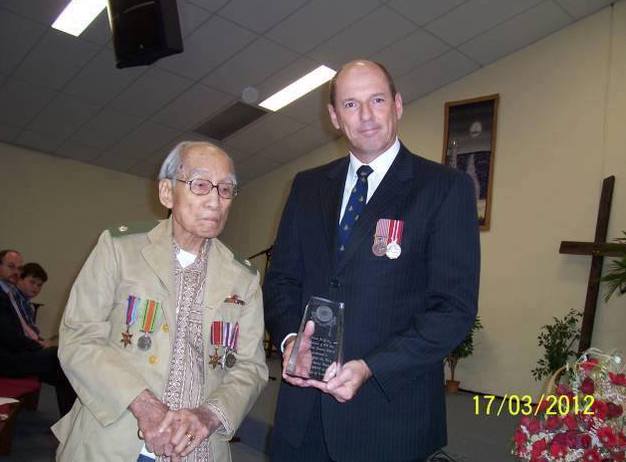 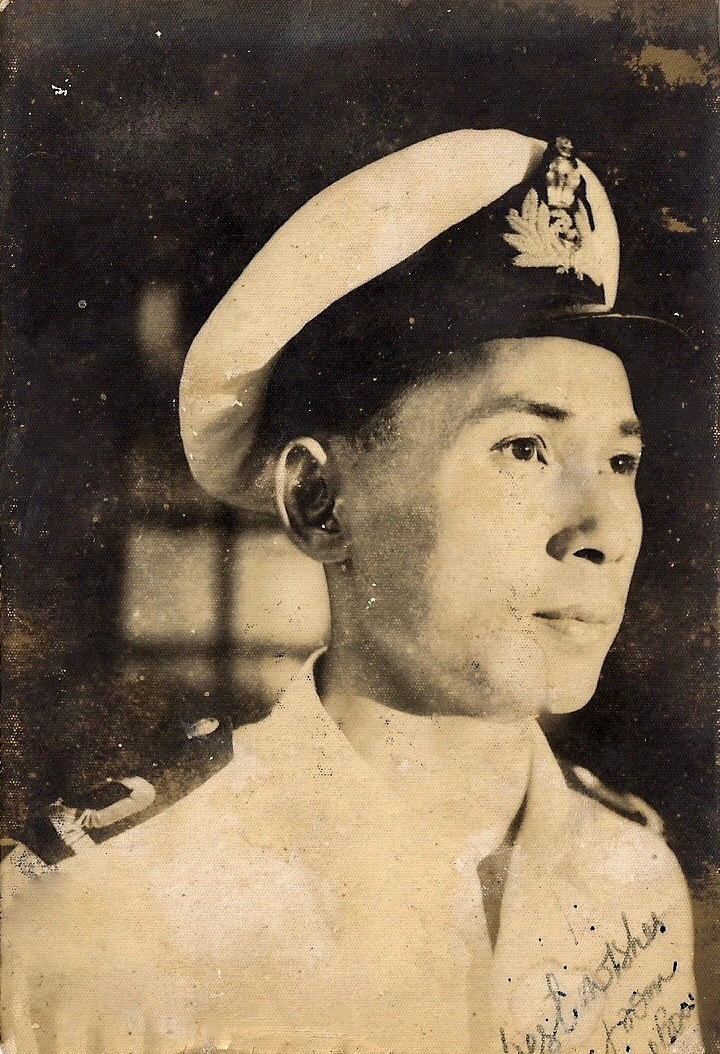 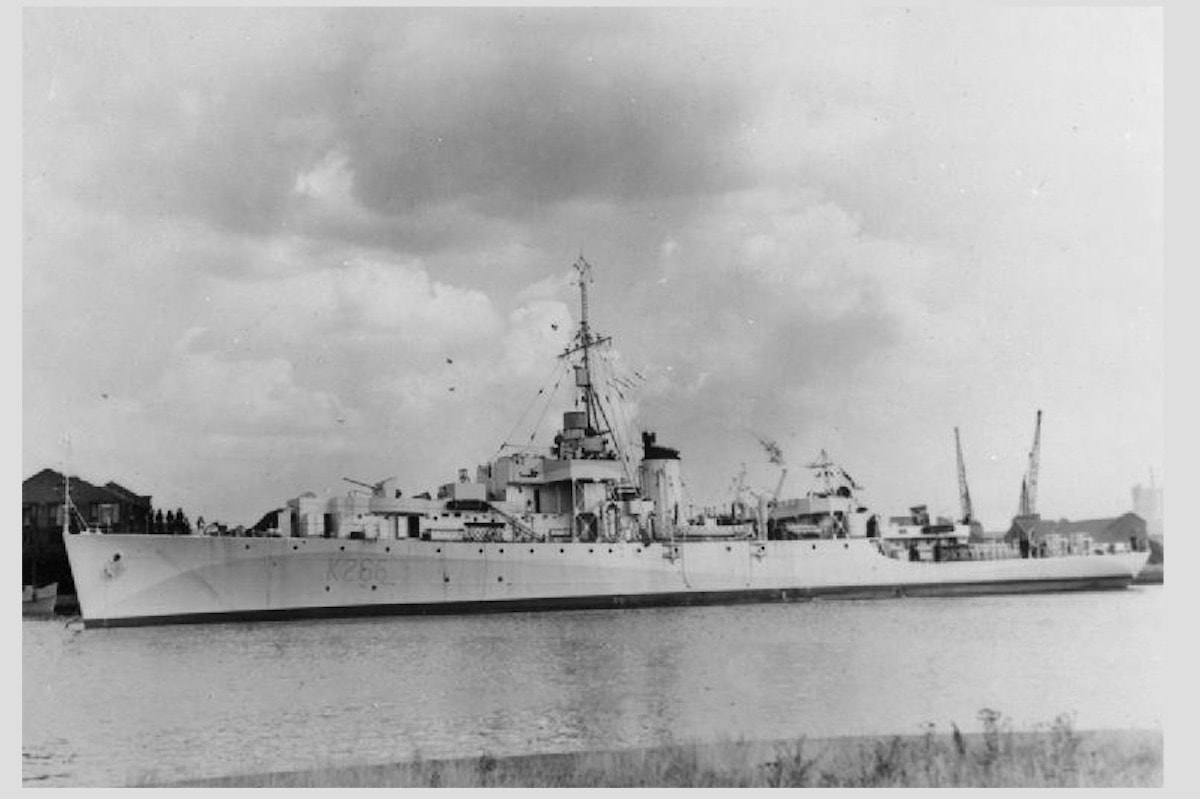