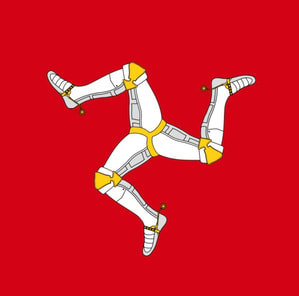 In early January 2022, I was delighted to receive the following email contact from David Owens:

Hi Steve, firstly thank you for creating this fantastic website. My late father in law John Quine and his brother Edgar Quine were both Chindits on Operation Longcloth and also the second expedition. I know that one of his great pals, Willy Quayle was also a Chindit and another soldier named Thomas Addison who is recorded at the Isle of Man Museum as being part of D Company, 13th King's Regiment. They were all from the Isle of Man, served as privates with the 13th Kings and all survived the war.

I have my father in law's service records from Glasgow. He never talked about his exploits other than how he and all the men admired Wingate and also what great soldiers the Gurkhas were. My wife believes that her father was a sniper. On your website I have read the movement and actions of the various columns during Operation Longcloth. However, what I am trying to find out is what column my father in law and his brother were in. Unfortunately Glasgow do not have this information. Do you have any advice that may help me find out this information.
​Many thanks, David.

Thank you for your email in relation to John and Edgar Quine. I have been aware of your father-in-law and his friend, Willy Quayle before your email, but not about Edgar Quine and his participation on Operation Longcloth, so this is quite exciting for my research. I have a copy of Willy Quayle's Burma Star Association membership form which shows his previous regiments as the 13th King's and the 2nd Border Regiment. I also have a list which features John Quine as being eligible for the award of the Defence Medal in 1945, which comes from the pages of the 1st King's war diary for that year and so confirms his participation on Operation Thursday.

Sadly, I do not have any information about which Chindit column they served with on Operation Longcloth, as they are not mentioned in any documents relating to the expedition in 1943. The service records for Longcloth soldiers do not state which column they were in I'm afraid and rarely mention the word Chindit either. I have researched the 13th King's for well over 10 years now as you can see from my website, I doubt that there are any official documents still in existence that would tell us which column John, Edgar and Willy were in. However, in regards to Thomas Addison, if he was part of D Company in 1942, then it is highly likely that he served with No. 8 Column in Burma, as the allocation for each column was as follows:

I would love to hear more about all three men and if you have photos of them and other documents etc., I would be honoured to create a page for them on the website, if that is something you would like to see happen. Thanks again for contacting me with this new information and I look forward to hearing from you presently. Best wishes, Steve Fogden.

David and I exchanged several emails over the following weeks and he then agreed to write up what he knew of the men from the Isle of Man who became Chindits and served on Operation Longcloth.

It is often said that Manxmen get everywhere. In 1943, following some of the toughest training ever endured by British troops, five Manxmen were among the 3,000 men led by Major-General Orde Wingate, that marched up to 1,500 miles in Burma during Operation Longcloth. In October 1943, one of the Isle of Man local newspapers recorded their involvement.

It is learned that five young Manxmen took part in the famous Wingate expedition which made its way, in the face of desperate hazards, into Japanese occupied Burma, harried by the enemy, and returned with valuable information after their three-month stay. The Manx boys taking part in this fine exploit were: Pte. William Quayle, youngest son of Mr. and Mrs. George Quayle of Jib Lane, Peel, Thomas Addison, elder son of Mr. and Mrs. Addison, of Circular Road, Peel, two brothers, Edgar Quine and John Quine of Dumbells Terrace, Laxey and a Douglas man named Sumner. Writing home, William Quayle says they were picked out of the King's Regiment and had strenuous training with the Gurkhas before making the trip.

A photograph exists in the Quine family collection showing seven men from the Isle of Man in India and dressed in their King's Regiment uniforms. The men depicted are, from left to right in the back row: Sgt. F Caine, John (Jackie) Quine, Tommy Addison and a man named Hudson. In the front row we see: Willie Quayle, Sgt. A. Quayle and Edgar Quine. Looking at the photograph carefully, you will notice that Jackie, Willie and Edgar all have a tattoo of the Three Legs of Man on their right forearms. 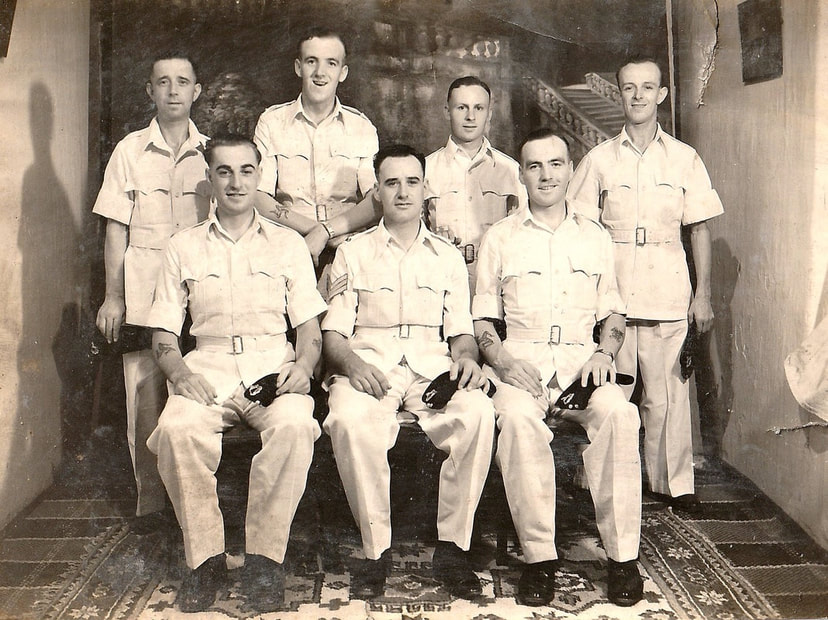 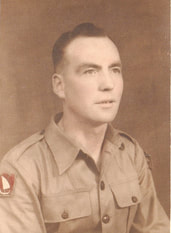 Edgar Quine.
It is my privilege to provide some personal information about the two Quine brothers and some photographs of some of the other men mentioned previously.

Edgar Quine was my father-in-law’s elder brother. He joined the 13th Battalion of the King's Regiment during the war and at the suggestion of his mother, Edgar requested that his younger brother Jackie be transferred to his regiment so that they could look after each other. Edgar’s written request was approved and on the 10th February 1941 and Jackie was transferred to the 13th Battalion of the Kings Regiment. Edgar was married with a family, but talked little to his family about the war in Burma.
​He did once tell a mutual friend that because he was married with a family, Jackie would on occasion take his place on the more dangerous patrols in Burma.

NB. If you look at Edgar's photograph (left), you will notice the insignia of the Sind District on his right shoulder. After returning from Operation Longcloth, the 13th King's moved to the Napier Barracks located at Karachi, the then capital of Sind District, where they performed garrison and internal security duties.

Sir, I beg to submit this my application for the claim of my younger brother, 37766551 Pte. Jack Quine of the K.O.R.R. (King's Own Royal Regiment) to the I.T.C. the King's Regiment. Trusting this application will meet with your kindest consideration and approval. I am sir, your obedient servant 3777126 Pte. E. Quine. 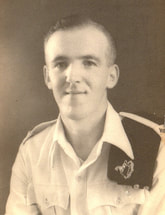 John (Jackie) Quine.
Jackie Quine, photographed left in his King's Regiment tropical uniform, was my father-in law. He hardly ever talked about his time in Burma. The only story he ever recounted was about watching Wingate make a group of officers walk straight through a muddy pool of water rather than let them tiptoe around the perimeter.

He did tell us that he had total respect for Wingate; that he trained with and much admired the Gurkhas as soldiers; that he was a sniper in Burma and that he flew into Burma in a glider and suffered with malaria. We knew that he, his elder brother Edgar and their pal Willie Quayle had served together in Burma on the first Wingate expedition.

​Modestly, Jackie kept his medals, the 1939-45 Star, the Burma Star, the Defence Medal and the War Medal in a cupboard. With this scant information, Jackie’s Army service records, family memorabilia and help from Steve Fogden's website, I have tried to piece together his service.

According to his Army records he served in India and Burma from his arrival on the 30th January 1942, until his repatriation and departure on the 5th August 1945. As we know he started with the 13th King's on Operation Longcloth and then must have transferred across to the 1st Battalion of the King's and served on Operation Thursday. I say this because I clearly remember him telling me he had flown into the jungle by glider.
Pals for Life by David Owens

​Early in December 1941, Edgar, Jackie and Willie embarked together for India with the 13th King's, sailing from Liverpool on the troopship Oronsay. On the 8th January 1942, the Oronsay docked in Durban and a postcard sent home at this time shows that the three young pals enjoyed some shore leave there. Continuing their journey, they finally arrived in Secunderabad on 31st January 1942.

My understanding is that most of the 13th King's were assigned to either Column 5, Column 6 (disbanded in December 1942 and re-assigned), Column 7 or Column 8. Manxman Chindit Tom Addison was in D company 13th Kings, the company that formed Column 8. My guess is that Edgar, Jackie and Willie were also in Column 8, as Jackie never mentioned being in China, which I believe was the route taken by Column 7 when they left Burma. From family information I understand that the three pals Edgar, Jackie and Willie were trained as snipers. Within the family collection there is a poor-quality photograph (shown in the gallery below) depicting Jackie holding his sniper’s rifle with a raised cheek pad and telescopic sight.

​Out of 3,000 men that took part in the Operation Longcloth, very few men from the survivors of that expedition were selected as being fit enough to fight on Operation Thursday in 1944. Remarkably, the relatively few survivors of Operation Longcloth that were also chosen for Operation Thursday included the four brave Manx Chindits: Jackie and Edgar Quine, Willie Quayle and Tommy Addison. Although the 13th King's were not part of Special Force on Operation Thursday, it is possible that Edgar, Jackie, Willie and Tom were amongst the men from the 13th battalion who moved across to the 1st Battalion, the King's Regiment in late 1943 and began training for the second operation in Burma.

Speaking to their immediate families, it seems that like most other Chindits, the four men never spoke about their experiences in Burma. Although we can have an educated guess, the simple truth is we don’t know and will probably never know where the Manx Chindits served in Burma, what fighting they were involved in, what horrors they witnessed or the suffering they endured. Incredibly and thankfully all four men survived both operations and were able to return home to the Isle of Man.

We are not sure if they returned home together. However, we do know that on the 2nd March 1946, Jackie, then aged 26, returned home to the village of Laxey after an absence of almost six years. In common with many other Chindits, all four men suffered the long-term effects of malaria. It is no surprise however, that Edgar, Jackie and Willie remained great friends throughout the rest of their lives.
Seen below is a gallery of images in relation to this story, including photographs of the Manx Chindits and the original newspaper article from the Mona's Herald in October 1943. Please click on any image to bring it forward on the page. 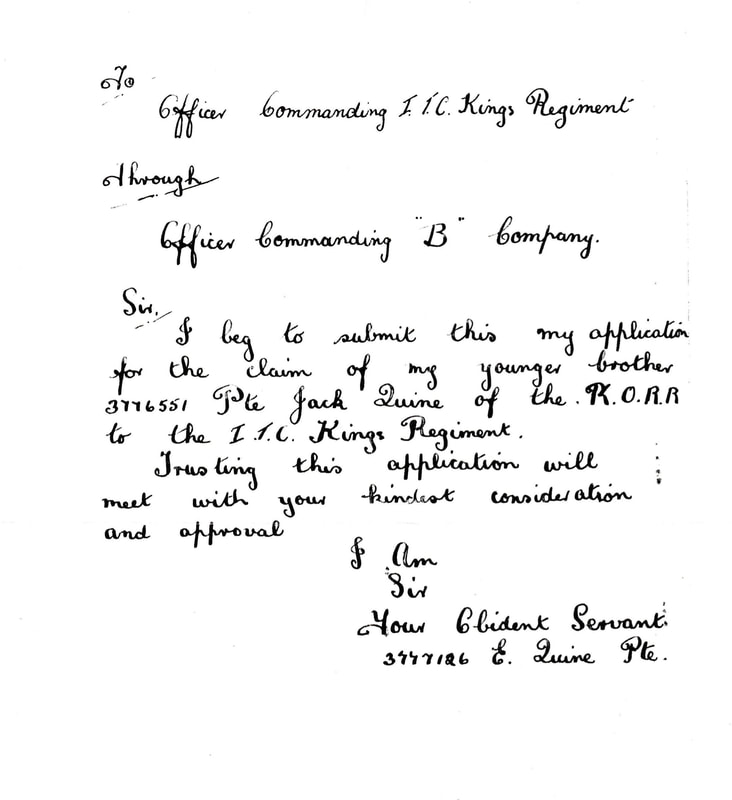 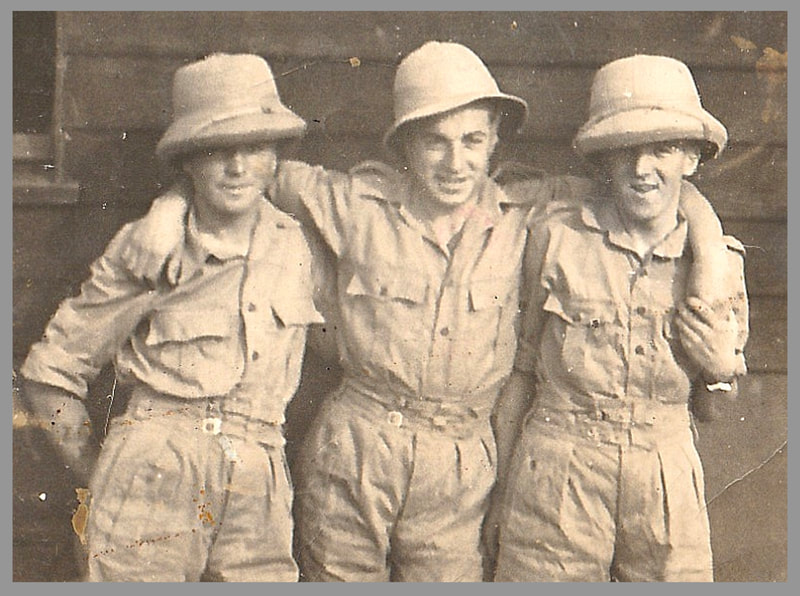 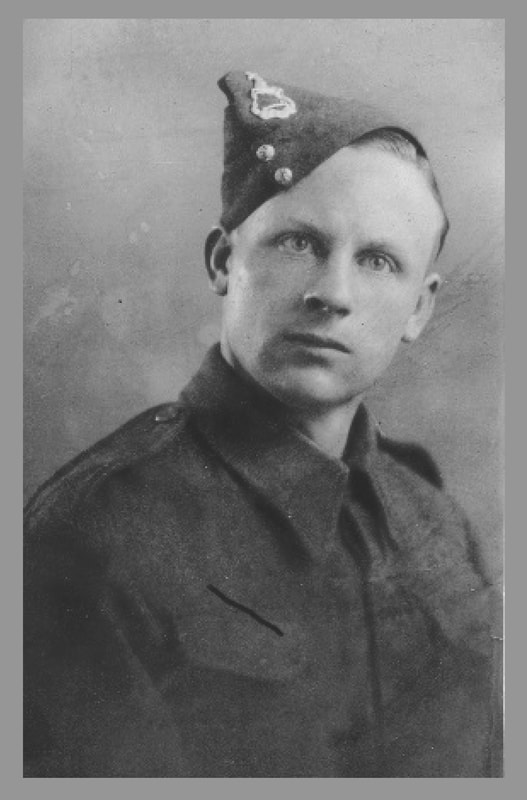 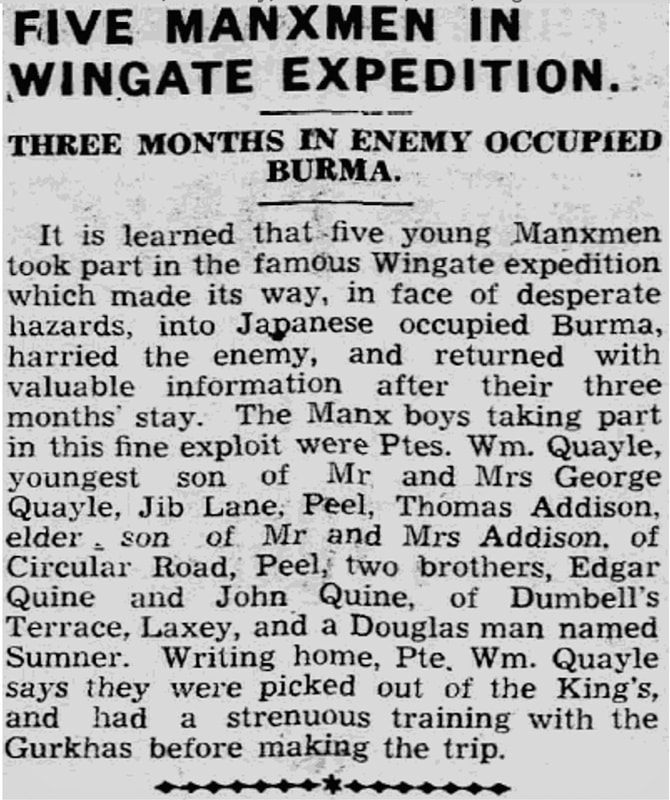 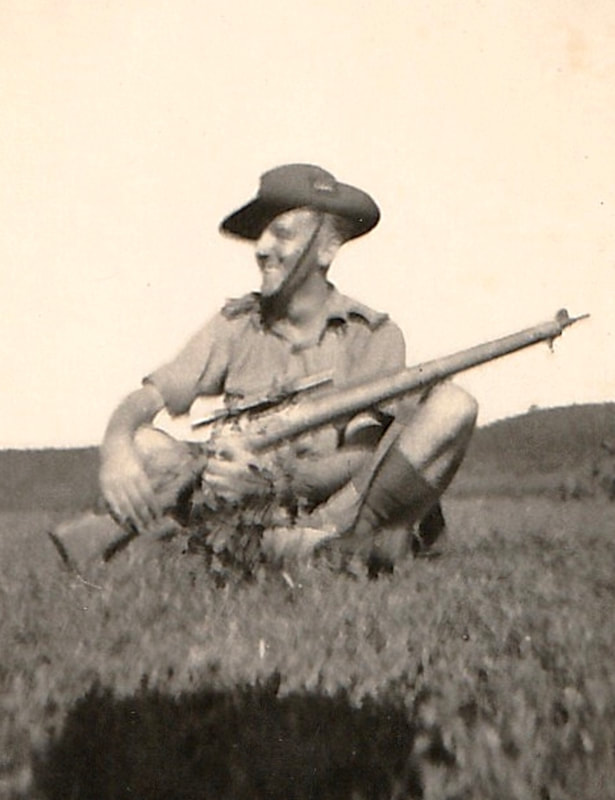 I would like to thank David Owens for taking the time to write up this remarkable story about the Manxmen who became Chindits. I would also like to thank the other families who made contact with David via the Manx Nostalgia page on Facebook and added details and photographs to his narrative. During our initial email correspondence and inspired by David's research, I decided to try and find out if there were any more men from the Isle of Man that served on the two Chindit expeditions.

Below is a list of eleven soldiers with Chindit credentials that either came from the Isle of Man originally, or who went to live on the island shortly after the war had ended. The information came from the Burma Star Association. membership details on line: burmastarmemorial.org/archive/membership-records