The Interrogation of Jagbahadur Gurung

A Gurkha Rifle NCO
Naik (Corporal) 2030 Jagbahadur Gurung was born in the village of Jitasatdheri in the Lamjung district of Nepal, his service records state that he was 5' 4", which was quite tall for a Gurkha soldier back then. He, like the rest of his battalion, found themselves part of Wingate's new Chindit Brigade in the late summer of 1942. Jagbahadur (by now aged 24) was allocated to Column 2 under the overall command of Major Arthur J. Emmett, who was the only original Gurkha column commander to take his unit through training and then have the honour of leading them into Burma.

Column 2 were to be part of Wingate's diversionary unit in 1943, used as a decoy to make the Japanese think a re-invasion of Burma might possibly be underway. They and their sister unit, Column 1, headed further south than the main body of Wingate's Brigade and crossed the Chindwin River at Tamu. After crossing the river the Southern Section (Column's 1 and 2) made no attempt to seclude themselves from the local villagers, in fact they made their presence very clear by marching through villages often three abreast in a great show of strength for the benefit of the startled Burmese. As you might imagine news of these events soon reached the ears of nearby Japanese spies as information was eagerly given up by their Burmese informants.

On the 2nd March Column 2 had reached the outskirts of the railstation at Kyaikthin, it was already dark and as the column slowly made it's way along the rail tracks it was ambushed by a large force of enemy troops. The column was badly caught out and suffered many casualties. Dispersal was called but confusion reigned as the unit became separated, with some sections pushing on to the agreed forward rendezvous, whilst others deciding to turn around and head for home. It was at Kyaikthin that Naik Jagbahadur became detached from the main body of Column 2. He and a small group of about ten men moved forward to the rendezvous point and met up with a larger group of Column 1 soldiers. He remained within this group for the next four weeks during which time he crossed and then re-crossed the great Irrawaddy River, an obstacle which was to claim the lives of many Chindit men in 1943.

It was whilst re-crossing the Irrawaddy that Jagbahadur's luck began to run out, his boat sunk in mid-stream and he and his fellow Gurkhas had to swim the rest of the way across. Exhausted, they pushed on westward for several days until finally they reached the banks of the Chindwin. Here they found a local Burmese boatman who agreed to ferry them over this last great obstacle, but disastrously he betrayed them to the Japanese instead. Sometime in mid-to-late April Jagbahadur Gurung was taken prisoner and transported to a POW camp at Kalewa, here he worked for this captors as a labourer alongside many of his fellow 3/2 Gurkha Riflemen captured that year. He remained a POW for just over one year, moving all around the area between the Chindwin and Irrawaddy Rivers, before taking an opportunity to escape in June 1944.

Below is the interrogation report for Naik Jagbahadur Gurung. Within the report he is given the investigation number of C941. All escapees from enemy hands had to be questioned by Army Intelligence on their return to Allied held territory. On debrief their stories were assessed, corroborated against other similar experiences and then the soldier was classified into a coded grouping, depending on how the interrogation officer viewed the behaviour and conduct of the man during his period as a POW. This experience must have been quite an ordeal for many of the returning Gurkha Rifles, almost all of whom had never once considered willingly helping the enemy in their war effort. You will notice the classification wording of a returning POW as being 'white', this simply means that the soldier in question has satisfied the Army board that his actions and conduct whilst in enemy hands had been acceptable and that he was now considered clear to resume his military service. Please click on each thumbnail to bring forward and press pause to read. 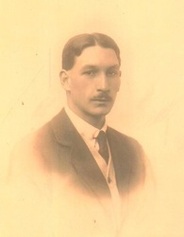 Lieut. Col. LA Alexander.
Jagbahadur's report throws up an interesting side issue on page two, when recounting the personnel he originally dispersed with after the disaster at Kyaikthin. He names a Lieutenant Colonel Eligent as the most senior officer present within the group, the investigation officer cannot match that name to any Operation Longcloth participant and seems quite content to leave the matter there.

I believe that 'Eligent' was none other than L.A. Alexander, the officer commanding 3/2 Gurkha in 1942/43 and the C/O of the ill-fated Southern Section on the operation itself. All the dates and geographical positions stated in the report match up to his known dispersal history found in books and other contemporary documents. Jagbahadur's report also seems to answer the long-standing question as to which column Alexander was moving with at the time of and just prior to the action at the Kyaikthin rail station. That being Column 2.