From the pages of the Liverpool Echo dated 21st May 1943, comes this interesting short story about four men from the local area and their experiences during the first Wingate expedition.

​Merseyside has a special interest in today's news of the Ghost Army which, under Brigadier Orde Charles Wingate, a relative of Lawrence of Arabia, has now returned to an Indian base after a three month wrecking expedition in Japanese occupied Burma. For a number of men from this area are members of what if commonly known as Wingate's Circus. As already detailed, the troops penetrated over 200 miles into Burma, crossing the Chindwin and Irrawaddy Rivers, and played havoc with Japanese communications in conditions of unbelievable hardship.

Among them was Sergeant James Creasy of Liverpool, who showed his toughness, while others lost weight, caught malaria and so on, by gaining himself an extra 10lbs! After living for many days on tea and bamboo shoots, one party killed a buffalo. Lance Corporal James Holton of St. Helens and two other men proceeded to skin the animal with double-edged razor blades, using nine blades to complete the operation. Lieutenant John Kelly of Sandbach in Cheshire, lived for five days on a banana leaf diet. To rescue the sick and wounded of one column, a transport plane landed on an open patch of ground half the length normally required for a take-off. Private Fred Nightingale of Lancaster was among the men rescued.

Seen below are some images in relation to the Chindits mentioned in the newspaper article. Please click on any image to bring it forward on the page. 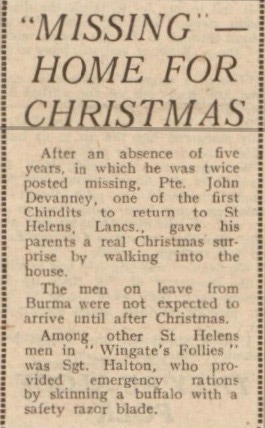 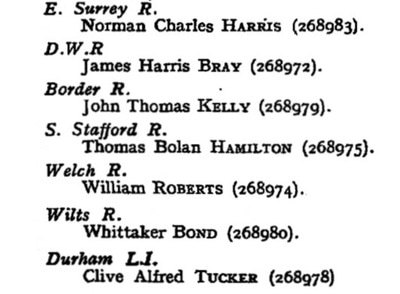 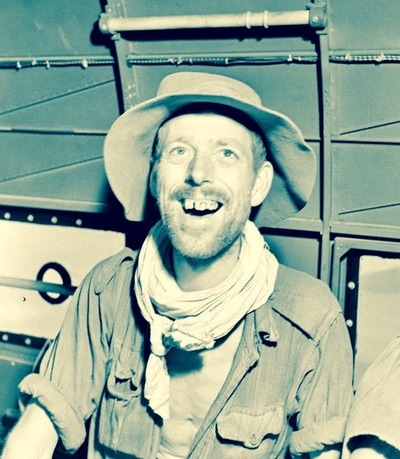