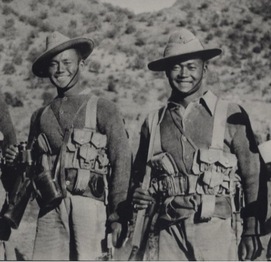 Two Gurkha Riflemen, happy to be home in Nepal.
Rifleman 27039 Aita Sing Gurung was a member of Chindit Column 1 on Operation Longcloth. He had trained in the jungles of the Indian Central Provinces during the second half of 1942, at places such as Patharia, Saugor and Ramna.

In Burma in 1943 he had shared the mixed fortunes of his column, commanded by Major George Dunlop of the Royal Scots. They had experienced the trauma of seeing their sister column (Column 2) destroyed at the rail station town of Kyaikthin. In fact, many of the men from Column 2 had joined up with Dunlop's unit after that day, as Aita and his comrades pushed on to their next objective, the western banks of the Irrawaddy River.

The column was to spend the next 8 weeks marching through occupied Burma, sometimes striking at their enemy with fierce determination and courage, but, too often being ambushed and attacked themselves.

By late April 1943 the column numbered 350 exhausted and extremely hungry men, all longing to see the banks of the Chindwin River once more. Their number had been drastically reduced during an opposed re-crossing of the Irrawaddy, where many Gurkhas had been killed in mid-river by Japanese machine gun and mortar fire. The more fortunate soldiers that had made the west bank quickly melted away in to the scrub jungle and pushed on towards India.

Around the 27th April the remnants of Column 1 had reached the Mu Valley. Once again disaster struck when the force were attacked by a Japanese patrol. Many men were killed or wounded, whilst the remainder dispersed in all directions in an attempt to escape capture at this very late stage of their return journey. Aita Sing and his group reached the eastern banks of the Chindwin River, but heartbreakingly they were captured by a Japanese patrol at the village of Yuwa, failing to reach the safety of Allied held territory by just a few short miles.

The Japanese tended to use any captured Indian soldiers as slave labour, often in the area around the Assam/Burmese border, as the enemy built up his supplies for the forthcoming invasion of India which would culminate in the famous battles at Imphal and Kohima.

Aita Sing Gurung remained a prisoner of war for over six months. On his return to Allied lines he, like all escapees, went through a detailed interrogation, where soldiers were assessed and their stories examined and checked by Army Intelligence Officers. Seen below is the report given by Aita Sing, please click on any image to bring it forward on the page. There are also two maps, one showing the area where Rifleman Aita Sing Gurung was captured and the other, some of the places where he served the Japanese. 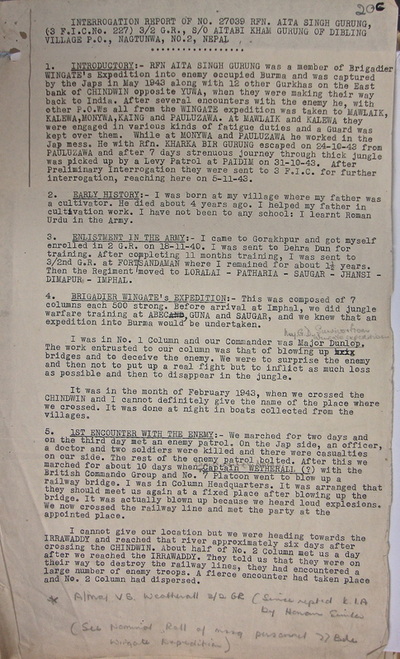 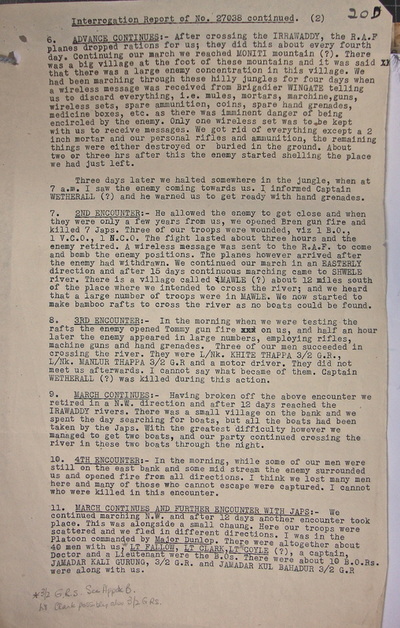 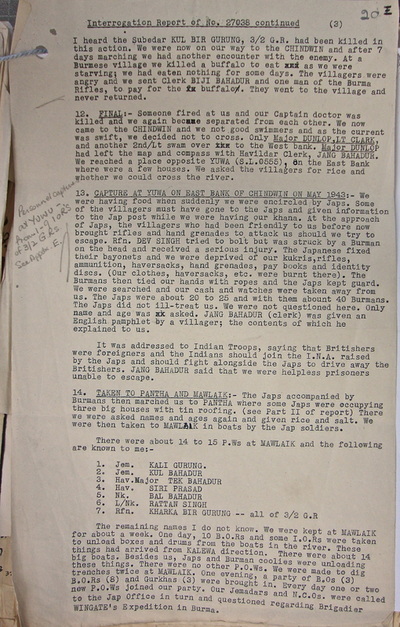 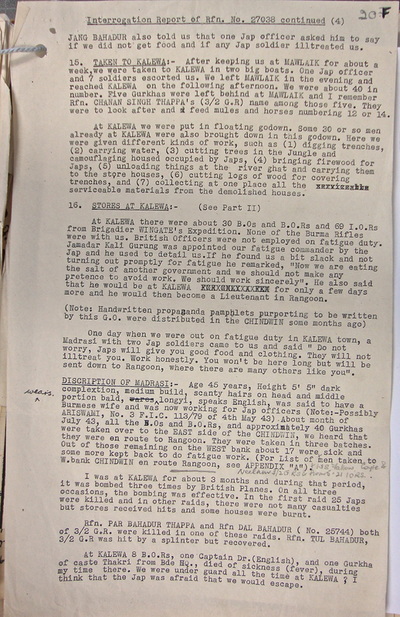 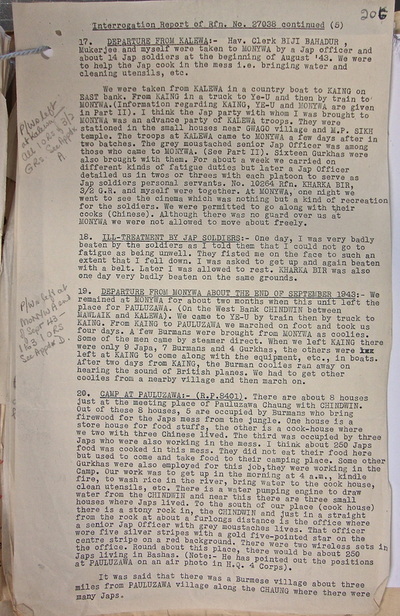 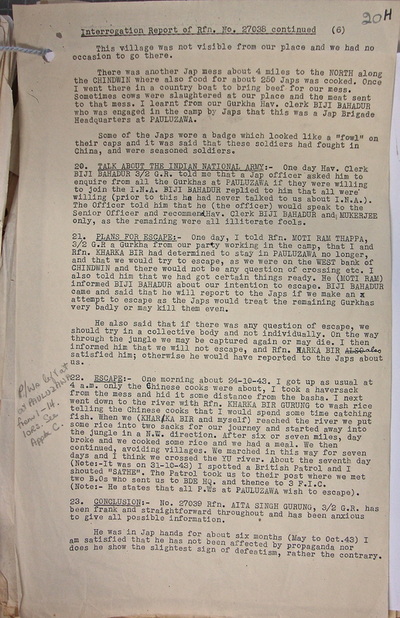 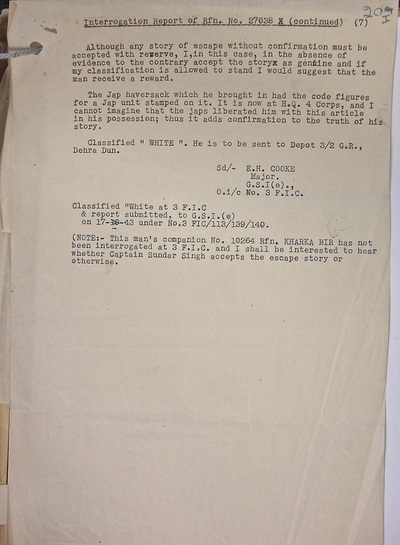 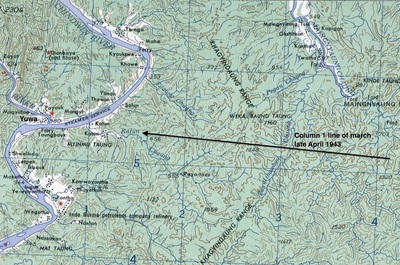 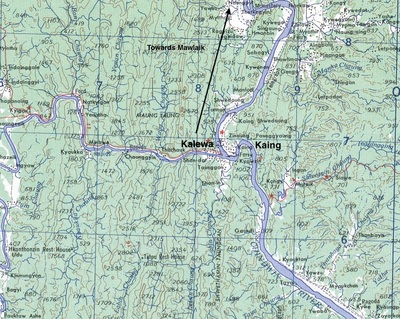