The Remarkable Escape of Sarki Lama 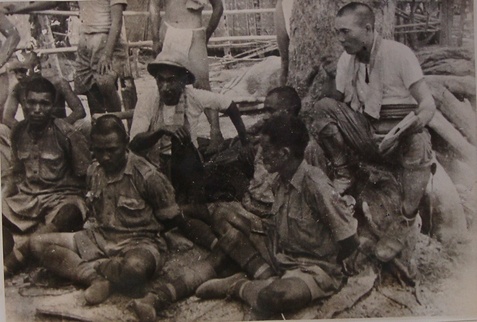 Gurkha Troops are interrogated by their Japanese captors in 1944.
Very few Allied soldiers managed to escape their Japanese hosts once they had become a prisoner of war during WW2. The incidences of white men escaping was almost non-existent, this was due to the fact that they stood out too much against the Asian populations now controlled by the Japanese, coupled with the huge distances which had to be travelled to reach the safety of friendly territory.

In the case of Burma, men captured during the retreat in 1942 or in the two Chindit campaigns which followed were usually kept in Rangoon Jail. White soldiers almost without fail were taken to the capital and made to work mainly loading and unloading ship's cargoes at Rangoon docks.

Some of the Indian troops however were rounded up and sent to all parts of the country to work as 'coolie' labour for the enemy invader. Often these POW's were offered the chance to join the Indian National Army and fight alongside the Japanese against their former comrades.
Gurkha Riflemen hardly ever took up this offer and many paid the ultimate price for this decision. Sometimes Indian troops would use this offer by the Japanese to help get them closer to Allied lines, and once there take the opportunity of re-joining the British forces. Here is a quote from the memoir of Alec Gibson, a Lieutenant in the 3/2 Gurkha Rifles in 1943:

"At the POW camp at Maymyo I met one of the Gurkha Subadars wearing the armband with the Jap Rising Sun, the sign of the Indian National Army. I asked him how he could do this and he replied “Don’t worry Sahib, I have plans to get out of here”. I heard later that after training with the Japs he and the rest of the Gurkhas were given arms and sent to the front, here they promptly killed the Japs with them and went straight across to the Allied troops".
And so, what of Rifleman 25967 Sarki Lama, a member of Mike Calvert's column 3 on Operation Longcloth. Sarki was a Hindu Gurkha from the village of Nehoor in the Darjeeling district of India. Having been captured near the Shweli River along with several other Gurkha Other ranks he was taken initially to the main Chindit POW camp at Maymyo. After leaving this camp and presumably being offered the chance to join the INA, Sarki Lama and the others were set to work performing various manual tasks for the Japanese.

After traveling to different locations with the Japanese over a period of roughly six months, the Gurkha decided to attempt an escape in November that year at a place called Taro. The section of Japanese he was assigned to were gradually becoming more apprehensive about being located in the region close to Allied bombing raids and Sarki Lama used one of these raids to make good his escape. He took with him three other comrades: Ashdan Rai, Kirpa Tamang and Kharkabahadur Limbu, all from the 3/2 Gurkha Rifle battalion of 1943.

Sarki Lama was awarded the Military Medal for his successful escape from Japanese hands and this was Gazetted in August 1944, as he became one of only 24 2nd Gurkha Rifles to be awarded the MM for operations in Burma during WW2. His citation reads:

"This Rifleman is recommended for the award of the Military Medal, as dated 08/08/1943. He displayed considerable initiative and courage in organizing the escape of himself and three other riflemen of his unit, having been taken prisoner in Burma during the Wingate expedition in 1943".

Below is the full report in regard to Rifleman Lama and his remarkable time as a POW in 1943. Please click on the thumbnails to bring forward and press pause to read: 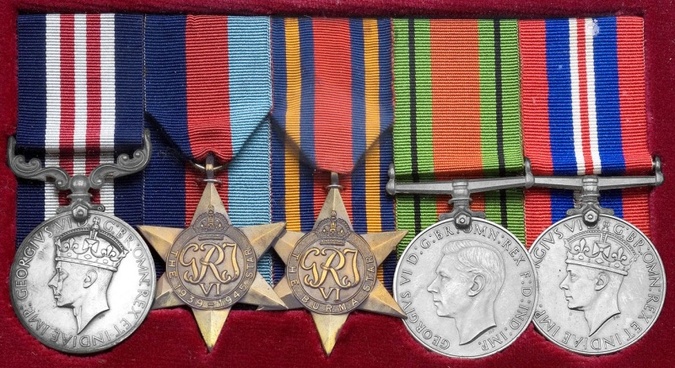