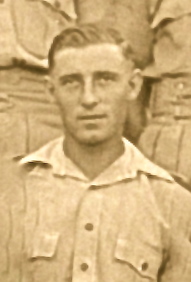 Lance Corporal Thomas Vann.
In early December 1942, Brigadier Orde Wingate began to form up several reconnaissance parties from his fledgling Chindit Brigade. He realised that before he sent his entire unit over the border into Burma, he ought to secure more current information about the lie of the land, the movements of the enemy in that area and that certain crucial elements of his tactical planning, air supply for instance, were feasible.

Just prior to the main Brigade's crossing of the Chindwin River in February 1943, Wingate had sent forward a party consisting of Lieut-Col. Wheeler of the Burma Rifles and three of the RAF Air Liaison Officers from his Chindit columns. Flight Officers Robert Thompson, Denny Sharp and John Fleming Gibson had all accompanied Colonel Wheeler on this mission, in order to choose both a suitable crossing point for Northern Group and the potential location of at least the first scheduled air supply drop. For the latter they decided upon the area around the village of Tonmakeng.

However, there had been other reconnaissance parties even before this one. In early December 1942, Major Gilmour Menzies Anderson was tasked to form up a small section of British troops to accompany Captain Denis Clive Herring, known unsurprisingly as 'Fish' to his comrades, on another, more extensive foray into the jungle area just beyond the east banks of the Chindwin River.

Chosen to be part of this team were: Sgt. Tony Aubrey, a survivor of the Dunkirk disaster in 1940, Lance Corporal Tommy Vann, a stoically reliable soldier with witty sense of humour, and Pte. Stanley Allnutt, chosen one would imagine for his knowledge of the Burmese language, an unusual attribute for a British soldier at that time.
​
Lance Corporal Thomas Edward Vann, although a native of Manchester, was an original member of the 13th Battalion, the King's Liverpool Regiment and voyaged to India aboard the troopship 'Oronsay' on the 8th December 1941. He served in D' Company of the battalion in 1941 and this automatically placed him into Chindit Column 8 for the purposes of Operation Longcloth. He was clearly a reliable and well-liked soldier, and there could have been no surprise when he was chosen for the pre-operational reconnaissance mission in late 1942, on which he almost perished when he lost his footing whilst traversing a steep jungle precipice.

Sergeant Tony Aubrey remembered his Chindit comrade in the book 'With Wingate in Burma':

Tommy Vann was with me all through, not only this affair we were starting out on now, but also the bigger one (Operation Longcloth) that came later. He was worth his weight in gold. I never heard him grumble, and whatever sort of calamity befell us, he always put it in its place with some crashing Lancashire remark. He was a fair-haired chubby little chap, who suffered from duck's disease (being of short stature), a broad Manchester accent, and an incurable habit of being funny.

To read more about Tommy's experiences in Burma, please follow the links below:
​
Pre-Operational Reconnaissance

In June 2015, I received an email contact from Tommy Vann's daughter, Joyce Walter:

My Dad was Sgt. Thomas Edward Vann, he features in the large photograph of the 13th King's at Secunderabad which is on your website. I have lots of photos of him in an album and also a photo of all his medals. I am working through his diary at present and would be happy to share it with you in time. It begins with him arriving at Liverpool Docks and goes right through to the end of 1942. It covers a lot of the mundane things around his time in India, training and the reconnaissance operations etc. He appears to have done a lot of reading, visiting the cinema, swimming and tennis. No wonder he looks so fit in the photographs!

I replied to Joyce, giving her as much information as I could about her father. In particular I mentioned the book, 'With Wingate in Burma' , by author David Halley and mentioning the fact that by participating on the pre-operational reconnaissance mission, Tommy had effectively crossed the Chindwin River and entered Burma on two separate occasions during the winter of 1942-43.

Joyce also told me that:

Dad died when I was just ten years old, in September 1961, he had bowel cancer. Unfortunately, I do not have many clear memories of him, which is very sad. By writing up his notes and letters, I am getting to know him as a man and it is a lovely experience. Sadly, some of the diary pages are lost now, but I still have around 500 in a watermarked handwritten book. I am very excited about it all and wished I had started the project when I was younger.

​I have now received many of the photographs mentioned by Joyce in her email correspondence. Some of these have been distributed around various pages on this website. However, I thought it wasteful, not to include more and so have created this compact album for you all to view.
Some of the images shown are of other Chindit soldiers, in many instances I cannot tell you much about these men or even who they are. So, let us simply enjoy them and the pictorial history they represent in regards to the story of Wingate's first Chindt expedition.

​The first group of photographs include one of Tommy and four mates in their King's Regimental uniforms, this was probably taken well before they travelled to India in December 1941. Please click on any image to bring it forward on the page. 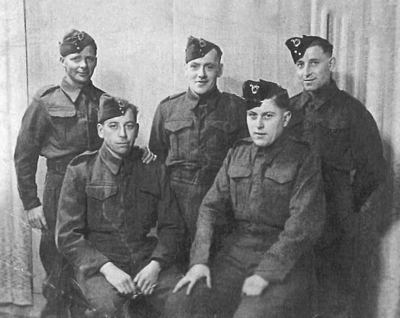 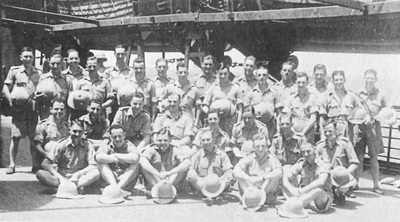 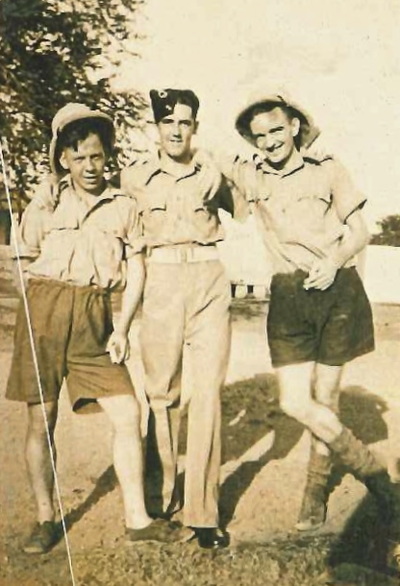 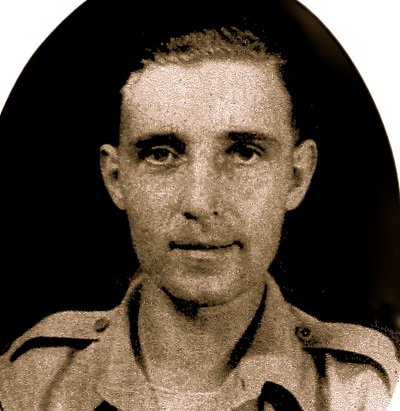 The next group of photographs show Thomas and his King's Regiment comrades at the swimming baths, possibly at Secunderabad in India. This was the location of the13th King's first posting in India after their troopship disembarkation at Bombay. They spent five months at Secunderabad, where they performed garrison and policing duties, including internal security against potential civil unrest. The images at the swimming baths are some of the most amusing I've seen in relation to the 13th King's and their time in India. 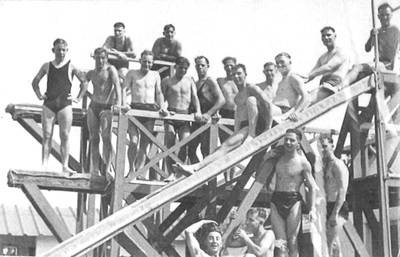 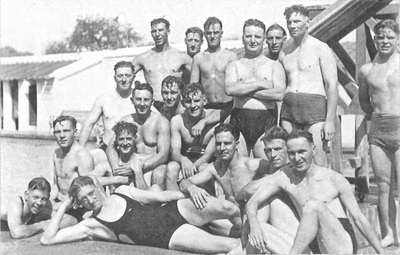 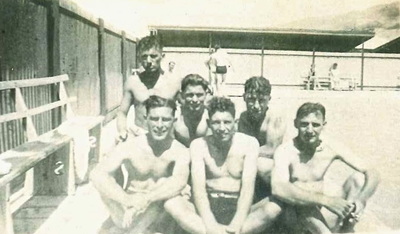 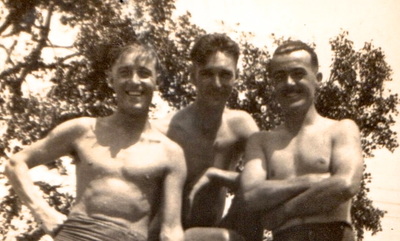 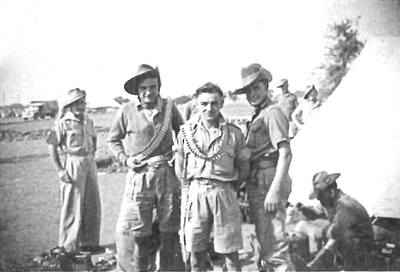 Some photographs of Thomas Vann during his Chindit training. 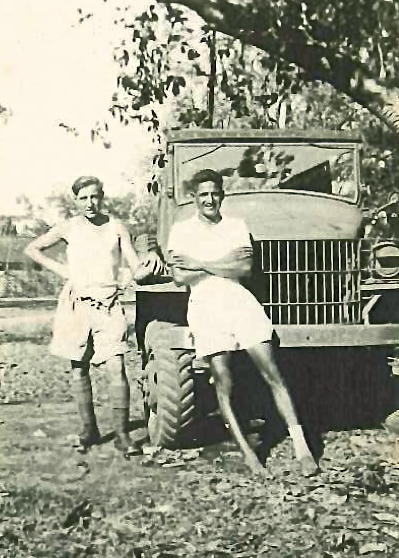 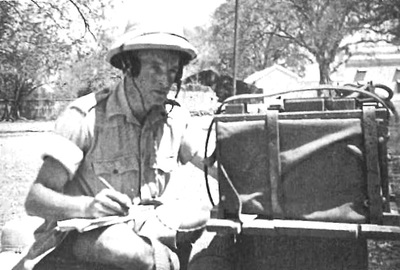 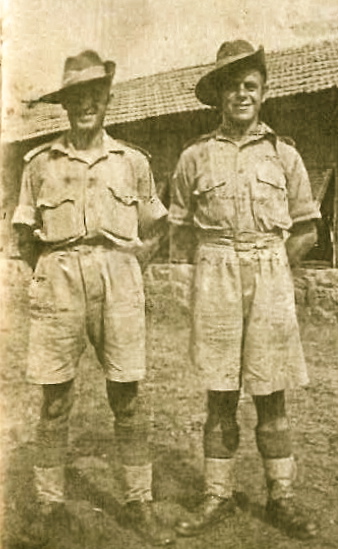 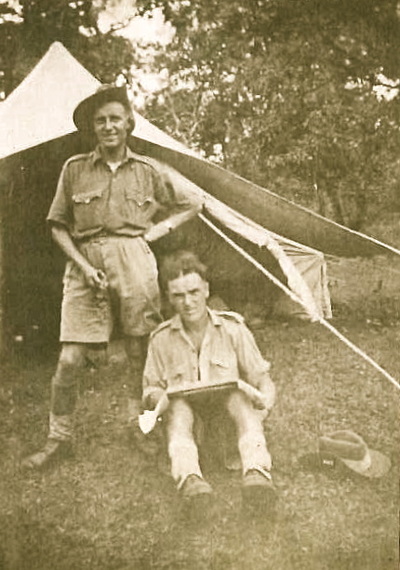 The final gallery includes a photograph of Tommy with three of his mates in Bombay, probably on their last leave period before entering Burma in 1943. Also shown is another of Tom's Chindit comrades dressed in his 'whites' and the official certificate issued to the men from 8 Column who survived Operation Longcloth and returned safely to India. Please click on any image to bring it forward on the page.

A successful identification almost instantaneously. The dark haired man sitting on the wall in the third photograph below, is Pte. Jack Bromley of 8 Column. Jack was sadly killed in action at the Irrawaddy on the 17th April 1943 and was a member of Captain Williams' platoon. 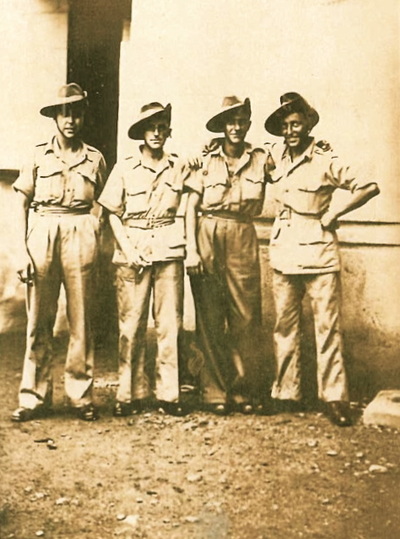 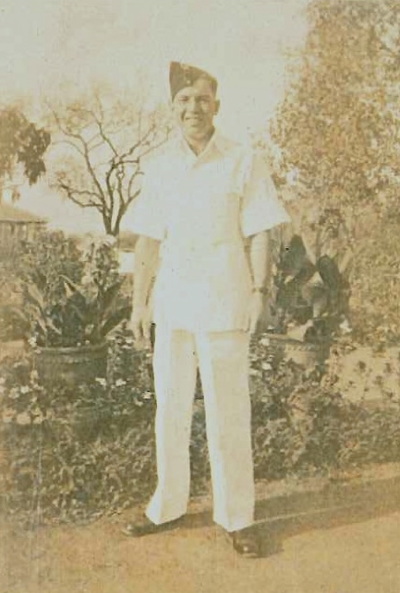 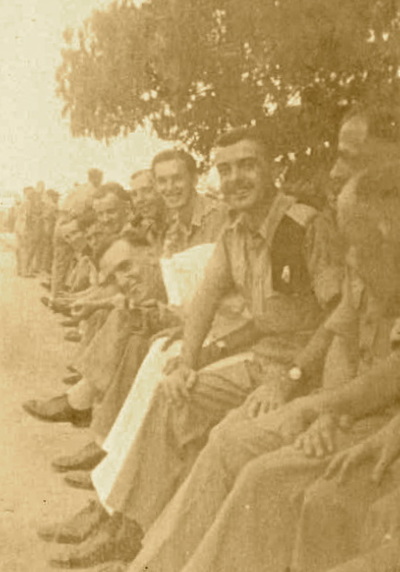 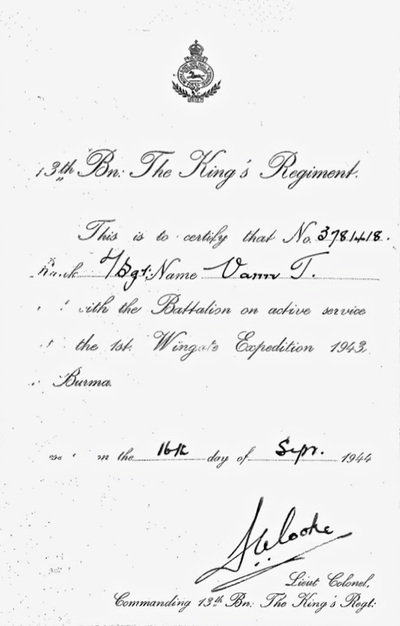 I would like to take this opportunity to thank Joyce for sending over these wonderful images of her father and the other men with whom he shared his Chindit experience. Seen below are Thomas Vann's hard earned medals for his service during WW2. 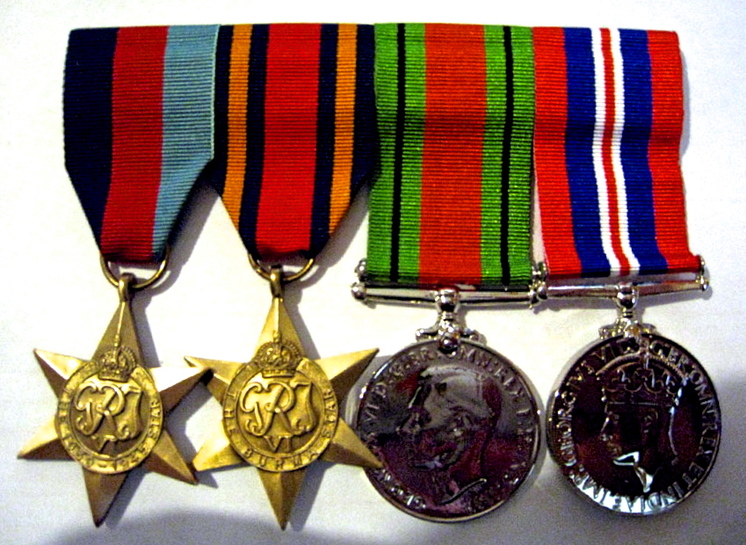