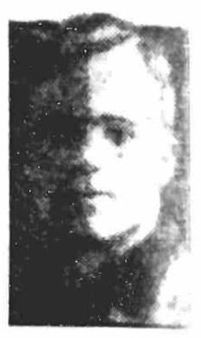 Pte. John Critchley.
Pte. 3777311 John S. Critchley was one of the original 13th King's soldiers that voyaged to India aboard the troopship 'Oronsay' in December 1941. A coal miner in civilian life, John had been a great hit with his comrades aboard the 'Oronsay' when giving his own individualistc renditions of some of the more popular songs of the day, with Old Father Thames being a particular favourite.

John Critchley's story is an unusual one compared to the majority recounted on this website. On arrival at the Saugor Camp, he was posted to Chindit Column 7, commanded by Major Kenneth Gilkes and was still with this unit when it crossed the Chindwin River and into Burma in mid-February 1943.

In late March Brigadier Wingate called for general dispersal and ordered all the Chindit columns to make their way out of Burma and return to Allied held territory. Major Gilkes decided to take his men out through the Chinese Yunnan Provinces and by the second week of April this long and arduous journey had begun. By the 24th April the Column had reached the Kachin Hills of northern Burma and were comforted by the welcoming attitude from these pro-British tribespeople.

It was at this point that John Critchley and another soldier, Corporal David Humphrey Jones went missing from the group. This event was recorded in a witness statement given by Captain Leslie Cottrell who was 7 Column's Adjutant on Operation Longcloth:

"On the 24th April 1943 it was reported to me that Pte. Critchley and Corporal Jones were missing. We were in Kachin tribal country and the villages were friendly disposed towards us. The two men had arms and ammunition, with six days hard-scale rations and some money. They were at that time eleven days march from Chinese occupied territory."

Critchley and Jones were not the only Chindits to lose contact with their column in 1943, but it is what happened to them afterwards that sets them apart. After some days alone in the jungle the two men were found and taken in by a local Kachin village. The Headman of this village, although putting himself and his village in great peril, decided to shelter the now sick and ailing Chindits. Pte. Critchley recalled:

"We stayed in the village called Lathaw, where the headman looked after our needs. We were housed in a hut they built for us about 400 yards from the village. We did not see any Japanese or any of our own men during our time there. The whole time we were there both Jones and I suffered with fever, but I did eventually recover. We chopped wood and kept the fire going almost the whole time during the cold weather, for we had only half a blanket between us. In mid-March 1944, a villager came to us and told us there were some new British soldiers in the vicinity. We made contact with a Gurkha patrol and were taken to the Column doctor for medical examination."

After almost one year being looked after by the villagers of Lathaw, the two men were reunited with a Chindit column from the follow-up expedition in 1944, codenamed Operation Thursday.

"About mid-March a villager told us that one of our columns was in the vicinity and we decided to make contact. This we did at a place called Michicom, at least that is how it was pronounced, and we found it to be a Gurkha Recce platoon commanded by a Captain Busk. Later we joined the full column where there was a medical officer. My companion, Pte. Jones died in the presence of a Canadian medical officer named Major Falkner of that column. I had Jones's identity discs and handed them in to an officer in Rear HQ in June 1944".

Sadly, David Jones had been suffering from the disease scrub typhus as well as malaria and died shortly after making contact the newly arrived Chindit Column. He was buried in the village of Pumgahtawng. After the war was over, Corporal Jones's grave could not be located and for this reason he is remembered upon the Rangoon Memorial at Taukkyan War Cemetery. The Canadian Medical Officer mentioned in Critchley's report was none other than Captain George Vermilyea Faulkner, himself a veteran of the first Chindit expedition in 1943. To read more about Captain Faulkner and his time as a Chindit, please click on following link: George V. Faulkner

Seen below are two images in relation to John Critchley's story on Operation Longcloth, firstly a map of the area around the village of Lathaw and secondly his witness statement given in March 1945. Please click on either image to bring it forward on the page. 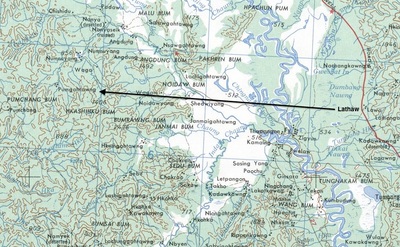 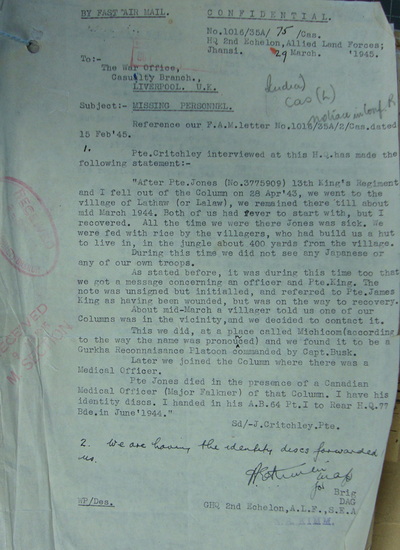 David Humphrey Jones was the son of Thomas and Elizabeth Jones from the village of Parr, near St. Helens in Lancashire and was also a member of 7 Column on Operation Longcloth. Please click on the following link to view his CWGC details:

Later on after Operation Longcloth had been officially closed, Captain Leslie Cottrell recounted the moment he first became aware that Jones and Critchley had gone missing;

"A message reached the Column Head Quarters that Corporal Jones and Pte. Critchley were missing from their platoon. We were in dense jungle at that time and it would have been pointless organising a search party for the two men. Neither of them was thought to be ill or in poor physical shape. In any event, in cases like that, you must consider the good of the majority and the Major (Gilkes) decided to keep on moving, leaving Jones and Critchley to make their own way back to India."

The Army Investigation Bureau, realising that the now recovered Pte. Critchley may well have important information about other casualties from the first Chindit operation, sent the following request for his interrogation in July 1944.

"We understand that Pte. Critchley is now reported as 'Not now missing' after having been so since 28th April 1943. If this man is now available for interrogation, will you please request him to furnish a signed statement, giving full particulars of all British military personnel seen by him subsequent to the 28th April 1943, stating when and where he saw them and in what condition of health.

He should also be asked to give details of all casualties known by him to have occurred during the campaign and up to the time they reached safety. In death reports, it must be clearly stated whether he was an eye-witness, whether he examined the bodies and if not the distance from which he witnessed the casualties. In reports on wounds, the nature and severity of the wounds should be stated."

Pte. Critchley did indeed have information on other Chindit casualties from 1943 and gave a full report to the investigation team on the 15th February 1945. This report included an eye-witness statement for the fate of Captain David Hastings and Sergeant William Royle at the opposed crossing of the Irrawaddy River on the 29th March 1943:

"About three weeks before I was left behind by the column, I saw Capt. David Hastings together with Sgt. W. Royle, both of the 13th Bn. King's Liverpool Regiment, carried down the Irrawaddy on a dinghy. They were never heard of again. This incident took place during an opposed crossing of the Irrawaddy near Inyawa".

To read more about Captain Hastings and Sergeant William Royle and their demise at the Irrawaddy River crossing, please click on the following link: Captain David Hastings

Another man mentioned by John Critchley in his statement was Pte. James King of the Liverpool Regiment. Pte. King was an original member of A' Company within the 13th King's and had been posted to Chindit Column 5 during Operation Longcloth. After the engagement with the Japanese at Hintha, Pte. King had been separated from the main body of the column along with 100 or so other 5 Column personnel. These men rather fortuitously met up with Major Gilkes and 7 Column a few days later at the Shweli River. James King was placed into a dispersal party led by Lieutenant Trigg of the Royal Engineers, but had to drop out of line in late April, weakened and suffering from the effects of malaria. He was last seen on the 24th April 1943.

To view Pte. King's CWGC details, please click on the following link: http://www.cwgc.org/find-war-dead/casualty/2086694/KING,%20JAMES
Pte. Critchley's witness statement can be viewed in the gallery below, along with some other images in relation to this story. Please click on any image to bring it forward on the page. 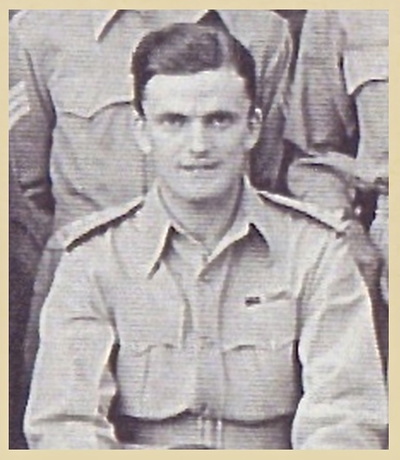 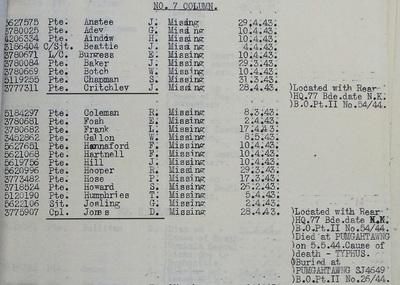 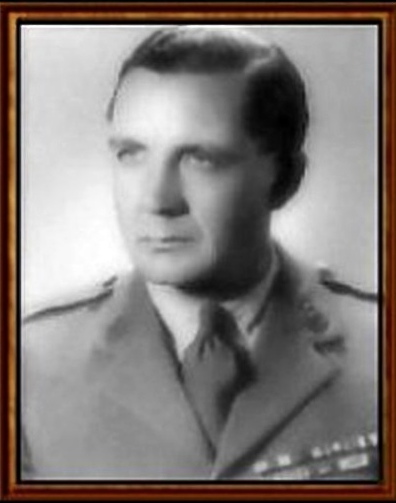 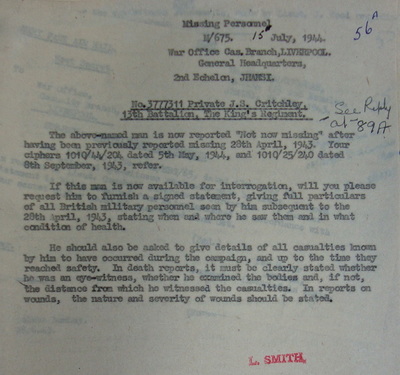 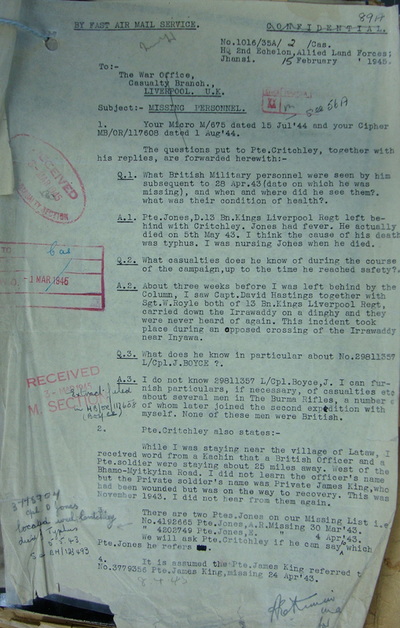 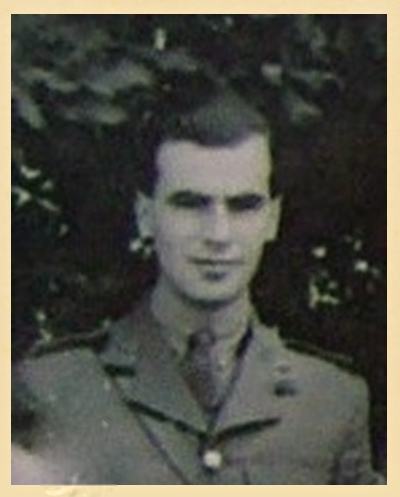 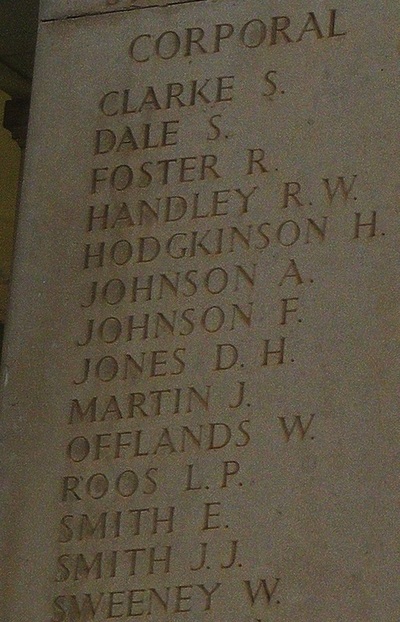 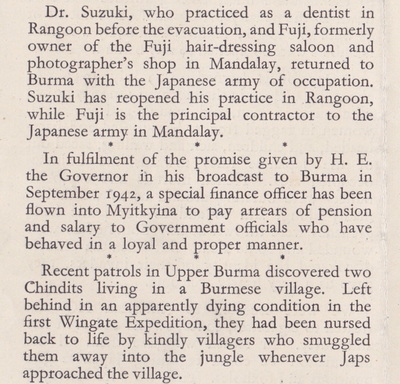 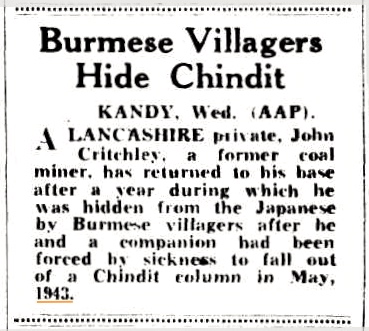 It must have been quite a shock for the men of the 13th King's, when Pte. John Critchley rejoined their number at the Napier Barracks in Karachi during the summer months of 1944, having been stated as 'missing in action' since April 1943 and presumably having perished in the Burmese jungles that year. His survival is one of the more remarkable stories from Operation Longcloth and is due in no small part to the bravery and loyalty of the villagers from Lathaw. It is regrettable that Corporal David Humphrey Jones did not live to tell the same incredible tale as his comrade and good friend Pte. John Critchley.

I was recently sent the following newspaper article in relation to Pte. Critchley and his remarkable story of survival in 1943-44. Many thanks to Simon Jervis for spotting the article from within the pages of the Evening Express (July 5th 1944) and sending it over. Please click on either image to bring it forward on the page. 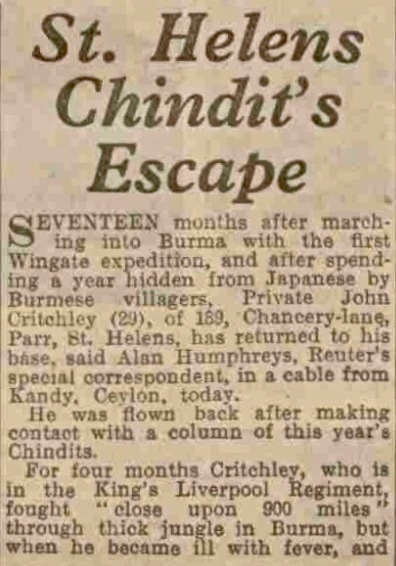 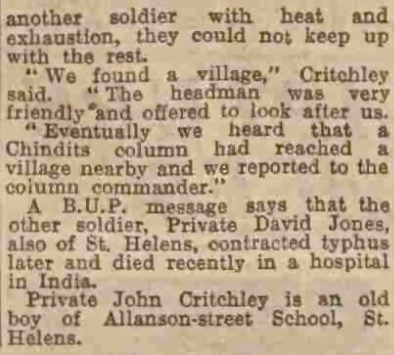 The story of Pte. John Critchley seems to have struck the imagination of many people over the years, especially when judging by just how many times he has featured in newspaper articles or on war diary pages. In 1998, in the period just after the publication of his book March or Die, author Philip Chinnery received the following letter in relation to John Critchley from Mr. W. J. Wonham, who was a member of Dah Force during the second Wingate expedition in 1944.

Thank you very much for sending me your book, with covering letter. I note that at the foot of page 180 you mention the adventures of Pte. Critchley. He was found by Dah Force, and I looked after him and his companion for a couple of days or so at a small village somewhere just over the China frontier.

We found refuge in a rough barn or chicken house and I well remember the old rooster awakening us before dawn every morning with his crowing from a perch just above our heads. The Japanese did not trouble us at that time and it was good that the evacuation of the two men was arranged without undue difficulty, but very sad that Corporal Jones died soon afterwards.

When I returned to India, I was delighted to find mention of the incident in the Statesman newspaper, and I enclose the cutting that I kept from the time. It has rested in my deed box for over fifty years and is now very brown but is still just readable. I enclose it as it may be of interest. Keep it if you wish, as it is of no use to anybody in my deed box! I gather from the references in your book that Colonel Herring and Captain Treckman are still with us today which is very good news.

Seen below is the cutting mentioned by Mr. Wonham, taken from the Statesman (India) newspaper dated Friday 7th July 1944. Please click on any image to bring it forward on the page. I would like to thank Phil Chinnery for allowing me to reproduce these items on this website page. 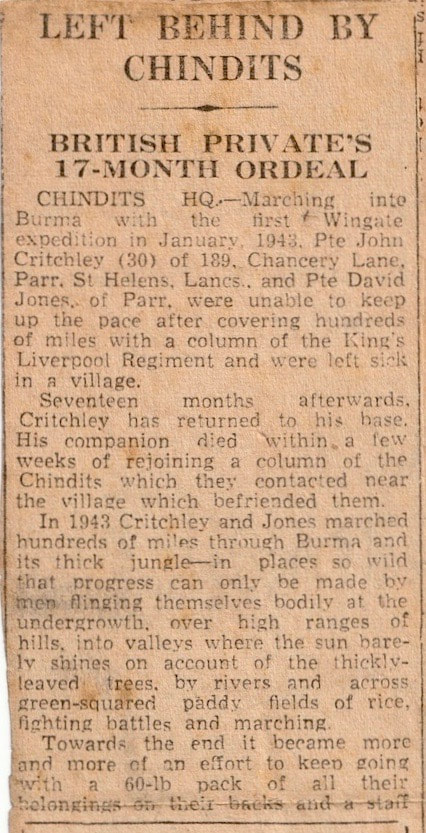 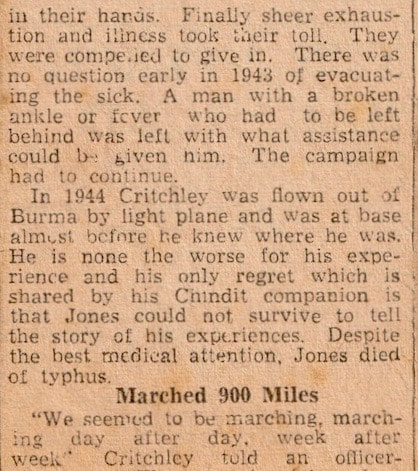 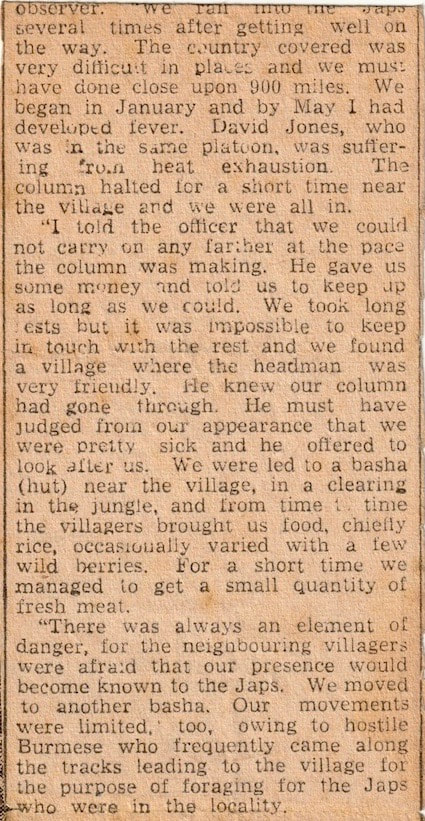 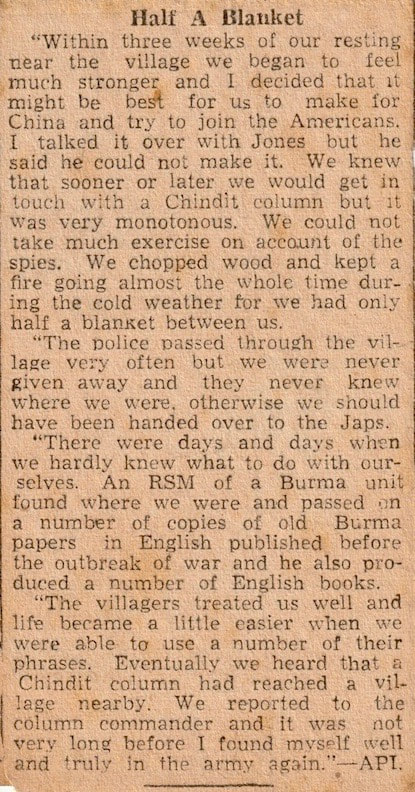