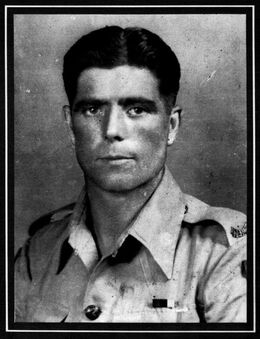 In September 2021, I was delighted to receive an email contact from Michael Crehan in relation to his Chindit uncle, Albert Davies. Michael had spotted Albert in a photograph on my website showing a large group of men from the 13th King’s at the Napier Barracks in Karachi, probably in mid-1944.

Albert Davies was previously unknown to my research and I was thrilled to have him identified from the photograph, as it is not often that I find new Longcloth participants this late in the day. Over the next few weeks and with the help of Michael’s extended family we began to build a detailed picture of Albert and his time in both India and Burma.

One clue that I did have in my files, was mention of a Lance Corporal Davies (no initial) in the war diary of the 13th King’s for January and March 1944. This man had represented the battalion at the Sindist Annual Rifle Meeting in late March 1944. The Sind Province was a district in the southwest sector of India (now Pakistan) during the war years, with Karachi as its capital.

It was this small piece of information that seemingly unlocked Albert’s story. Drawing together all the various pieces of information discovered, Michael was able to tell me that:

My uncle, Albert Davies was born in St. Asaph, Denbighshire in North Wales, working as a Assistant Fishmonger prior to joining the Royal Warwickshire Regiment in 1940 with the service number 5116813 and before transferring to the 13th King’s in 1942. We know that Albert took part in the first Chindit expedition, contracting malaria in Burma and left to make his own way back, he was reported missing for some weeks before re-joining the regiment in India. He remained with the 13th battalion at Karachi, before transferring to the 1st King’s at the end of 1945 and returning home in early 1946.

In India he qualified as a Farrier for a new future in civilian life, but ultimately returned to his job as Fishmonger on reaching home. In 1955, he married Blodwyn Davies and also joined the ground staff at Lowther College (Bodelwyddan Castle), where he worked until he retired. He sadly died of cancer on the 9th August 1986, leaving behind his widow, Blodwyn, but no children.

From the war diary extracts found and the medals held by the family, we know that following Operation Longcloth, he participated in Shooting competitions with the battalion, with a winner’s team medal for the 1944 SIND competition in March 1944. In the battalion reports about the competition at the Chinna Ranges in January 1944, a Lance Corporal Davies was identified amongst the three highest individual scores and again at the SIND competition where he achieved third place in the individual Rifle shooting competition. It is highly probable that the Lance Corporal mentioned in the diaries and Albert are the same man.

Seen below is the photograph from which Michael and his family first identified Albert. The image was taken at the Napier Barracks in Karachi, most probably in mid-1944. Albert can be seen in the third row standing third from the left as we look on. Please click on the image to bring it forward on the page. 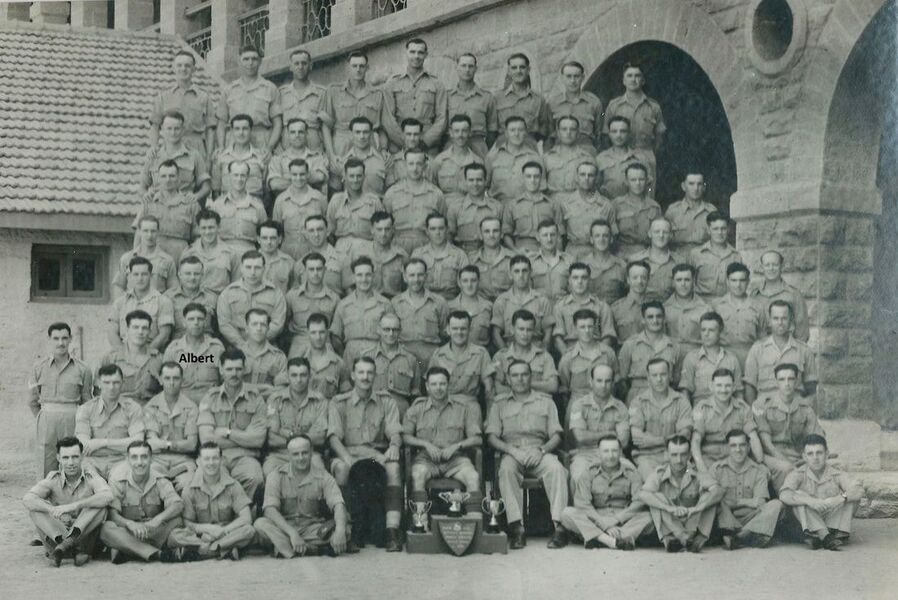 The company photograph at the Napier Barracks in Karachi.
As a supplement to the information above and from the names of the 13th Kingsmen mentioned as participating in the shooting competitions in January and late March 1944 (see the war diary extracts in the gallery below), we can identify the following marksmen:

Captain H.S. Pearce, service number 161360. This officer served with No. 7 Column on Operation Longcloth and returned to India after crossing the Irrawaddy with a small party of men on the 29th March 1943.

Lieutenant Robert Wilikinson (268976). This officer was also with No. 7 Column in Burma and was also part of the small group of men who crossed the Irrawaddy on the 29th March 1943. His full story can be read by scrolling down aplhabetically here: Roll Call U-Z

Lance Corporal Peter (Pat) Feeney (5114040). This soldier served previously with The Royal Warwickshire Regiment and was a member of No. 5 Column on Operation Longcloth. Born in Ireland, Patrick Feeney was Lt. Stibbe's runner, or messenger in Rifle Platoon No. 7, part of No. 5 Column. One of the few men from 5 Column to make it back to India after Operation Longcloth, Patrick emigrated to Canada shortly after the war and remained there until his death in 1993.

Pte. Sydney Campbell (4469145). Served previously with the Durham Light Infantry, before participating on the first Chindit expedition as a commando with No. 4 Column. Syd Campbell can also be seen in the company photograph at Karachi in the centre of the third row. To read more about this soldier please click on the following link: The Bricklayers of Column 4 Commando

There are three men with the surname of Edwards on the nominal rolls for those soldiers who survived Operation Longcloth and so it is difficult to identify the final man of that name, mentioned as being part of the shooting team in 1944.

Seen below is a gallery of images in relation to Albert Davies and his Chindit story, including an image of a release pass signed for him by Captain Joseph Coughlan on the 6th October 1943, whilst the battalion were stationed at Karachi. Please click on any image to bring it forward on the page. I would like to thank Michael Crehan and his family for helping me bring the story of Albert Davies to these website pages. 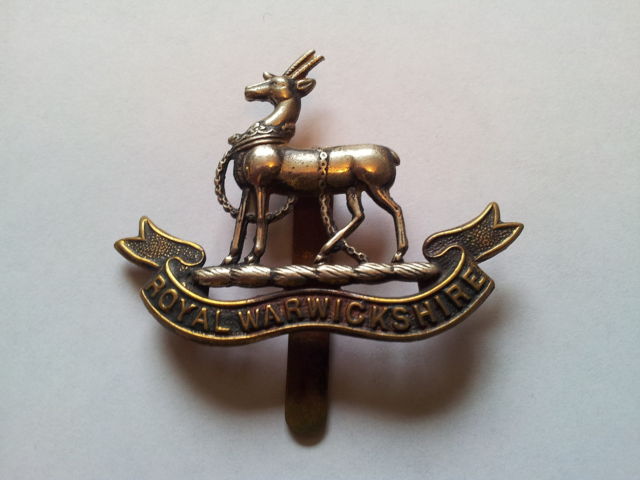 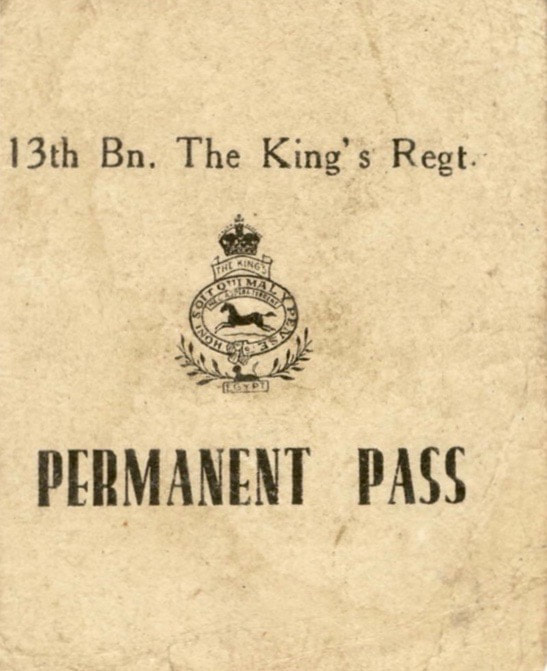 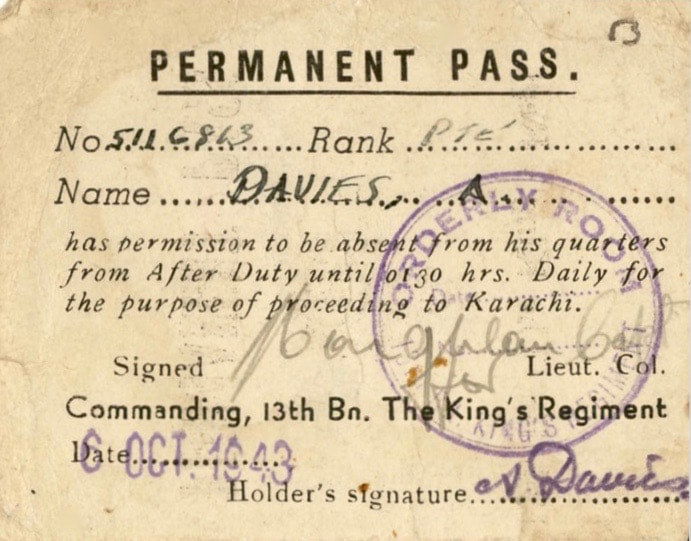 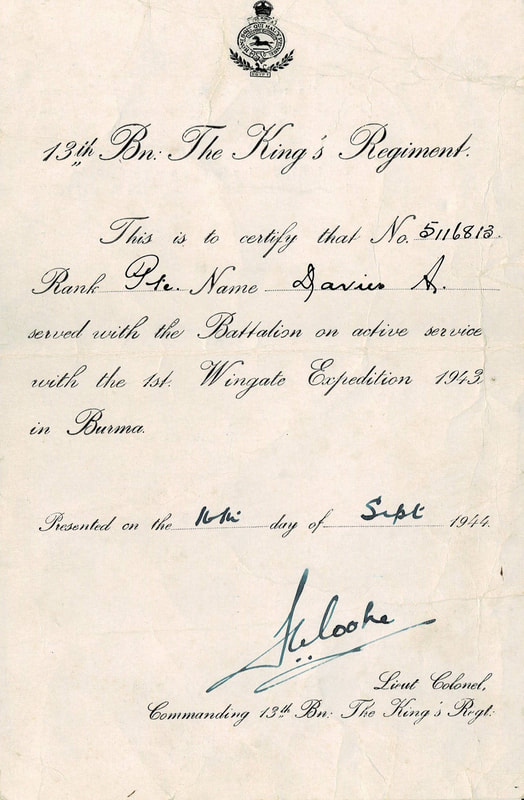 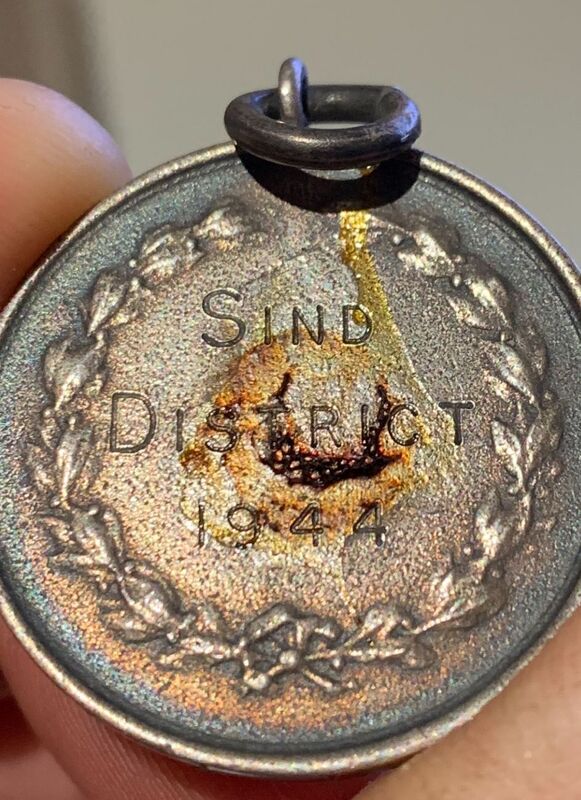 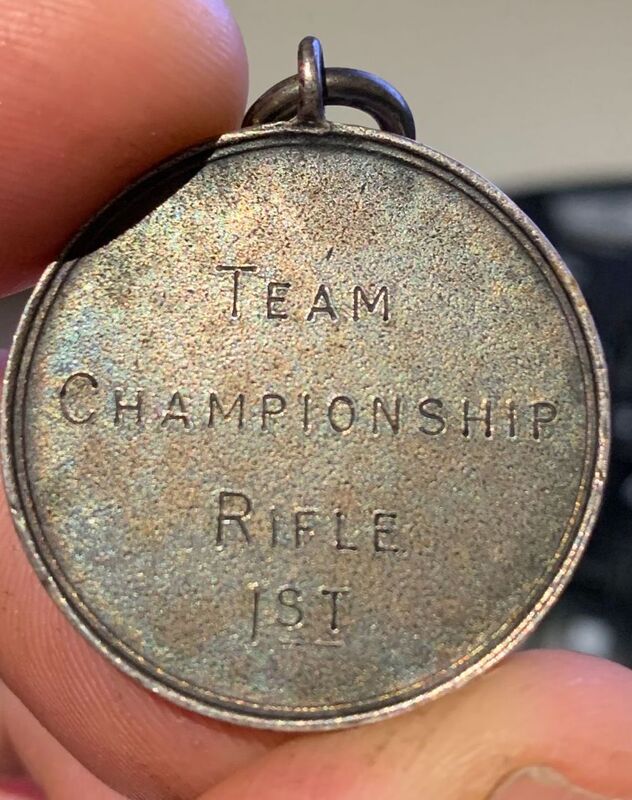 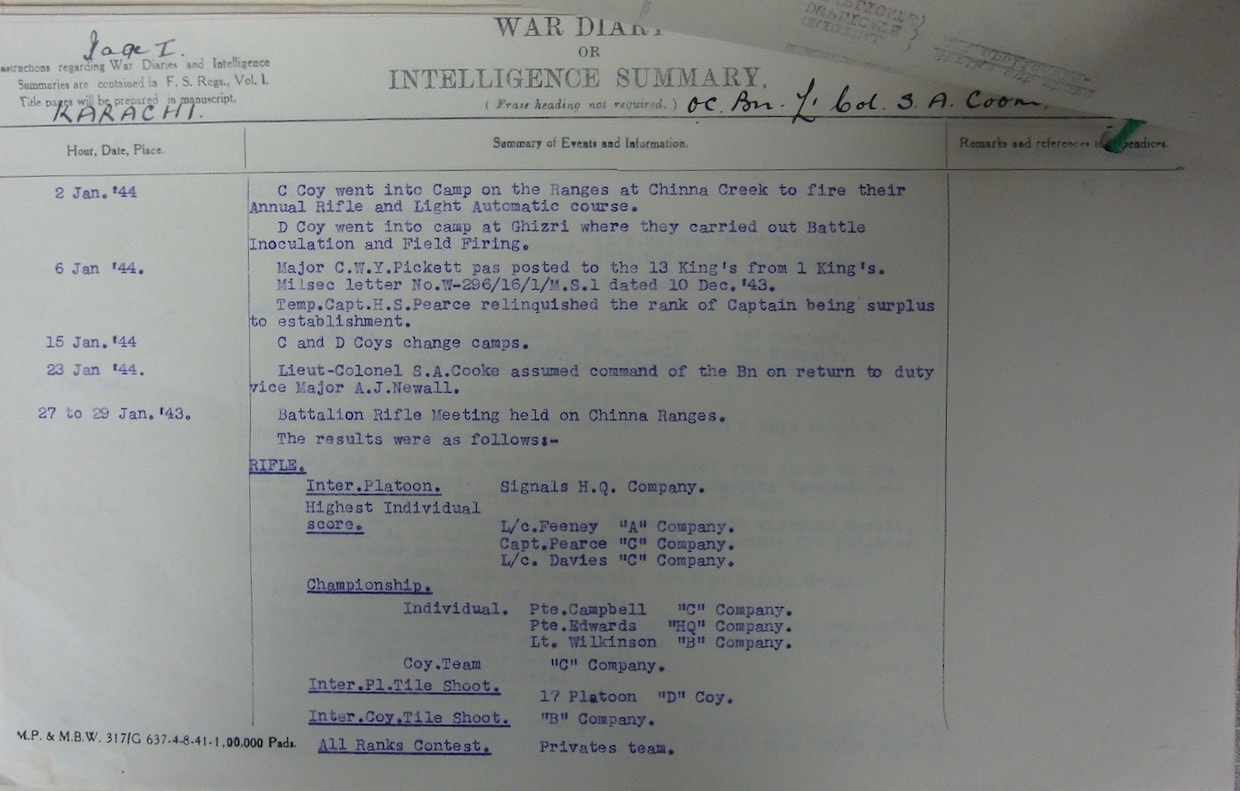 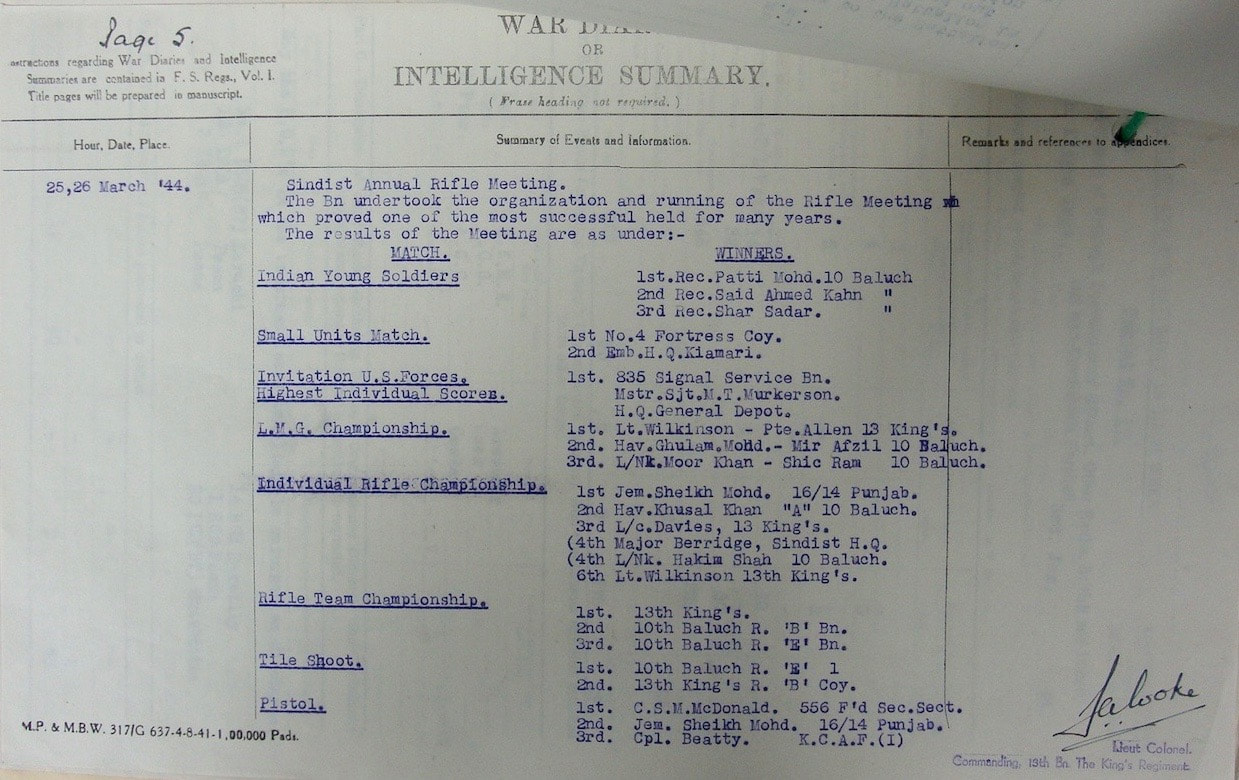