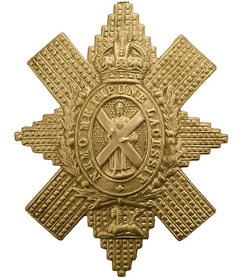 The Cap Badge of the Black Watch.
Lieutenant 138006 John Lindsay Watson, was an officer from the Black Watch Regiment. The London Gazette records his promotion to Lieutenant in its supplement dated 5th July 1940. It is not known where John served during the early years of WW2, or when he was posted overseas and arrived in India. Fortunately, his first involvement with the 77th Indian Infantry Brigade is recorded within the pages of the 13th King's War diary for 1942. The entry simply states that Lt. Watson reported for duty at the Atta Training Camp on the 6th November, alongside three other officers, Lieutenants Kerr, Doyle and Wood.

John Watson was posted over to the ranks of Chindit Column No. 1, under the command of Major George Dickson Dunlop, formerly of the Royal Scots. No.1 Column was predominately a Gurkha unit, but did have a sprinkling of British officers, Signalmen and Commandos. In early December 1942, John Watson took command of the Commando Platoon for 1 Column and joined the men at their training camp near the Indian town of Saugor.

The men who made up the ranks of 142 Commando in 1942 tended to be those who had chosen Army life as a career. They had certainly showed their mettle in one form or another, in order to be selected for the specialist section of Commandos which would take it's place in each Chindit Column on Operation Longcloth. Many had served previously in the Middle East, whilst others had already seen action in Burma or in some cases, China earlier in the war. These men were tough and uncompromising types who lived up to the old adage of 'work hard, play hard'. If the ordinary soldier that found himself part of the Chindit training regime in 1942 thought he had it tough, then he would do well to cast a glance over the fence to where the 142 Commando personnel were being put though their paces.

The structure of each Chindit Commando platoon was as follows:

The personnel that made up Lt. Watson's platoon was recorded in the form of a nominal roll; this document can be found in the 142 Commando War diary, amongst the pages for January 1943. 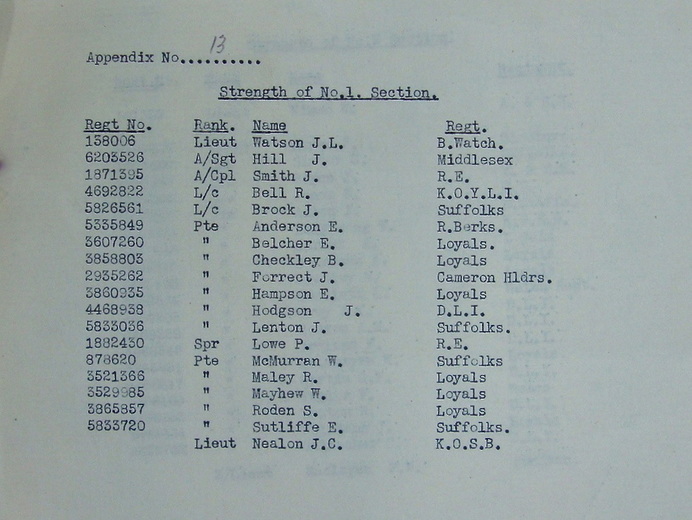 Commando Platoon, No. 1 Column, 77th Indian Infantry Brigade.
In the early weeks of December, the entire Chindit Brigade took part in a field exercise close to the railway town of Jhansi. The exercise, pitting one Chindit column against another in the pretext of defending and then attacking the rail station was not an absolute success. As the Christmas holidays approached, the men of 142 Commando settled down for a week of rest and recuperation in a tented camp at Jhansi. Disaster struck Lt. Watson's platoon on Christmas Eve 1942, when Lance Corporal Percy Finch was tragically killed after an accident involving the mis-handling of explosives.
​
To read more about this incident, including the evidence given by John Watson as part of the inquiry into the death of Percy Finch, please click on the following link: Lance Corporal Percy Finch

1 Column formed part of Southern Group on Operation Longcloth, which consisted of Gurkha Columns 1 and 2, and Southern Group Head Quarters. Southern Group, commanded by Lt-Colonel Leigh Arbuthnot Alexander of the 3/2 Gurkha Rifles, was used by Wingate as a decoy on the operation; the intention being for them to draw attention away from the main Chindit columns of Northern Group whilst they crossed the Chindwin River further to the north and moved quickly east toward their targets along the Mandalay-Myitkhina railway.

By the first week of February 1943, the men of 77th Brigade were moving down towards the Assam/Burma border. They had spent the last few days marching along the road that leads from Imphal in Assam to the outpost village of Tamu. Having received and understood their orders from Wingate, Southern Group broke away from the main body of the Brigade and made for Auktaung, their designated crossing point at the Chindwin River. However, Lt. John Watson was not destined to cross the Chindwin that year.

On the evening of the 9th February, whilst still moving along the final section of the motor road, John was thrown from his horse and suffered a serious head injury. He was sent back with all haste to Imphal, where he underwent treatment at the 19th Casualty Clearing Station. In his later writings about the first Chindit expedition, Major Dunlop remembered the incident on the 9th February:

​The Move to the Chindwin

The Indo-Burmese border was crossed on the night 9-10 February. Lt. Watson of the Guerilla Platoon was riding his charger when some trucks came up the road. The charger (all the horses were very jumpy and quite unsuited for the job as events proved later) took fright and threw him, his head hitting a tree stump. He had to go to hospital and Lt. Nealon, newly commissioned from the ranks after about 15 years service, took over command.

The rest of the march to Auktaung, the chosen crossing place on the Chindwin was uneventful. Brigadier Wingate bade us good luck at the Yu River bridge. Always cryptic on such occasions, he said "I shall meet you again at Tagaung Taung. Good luck." Apart from the Guerilla Platoon, where Watson's accident had caused some gloom, morale was high as No. 1 and No. 2 Column, together with Group HQ vied with each other to be the first to see the Chindwin.

Nothing more is known about Lt. Watson and his service after the accident in February 1943. He does however, appear in at least one more document with Longcloth connections. On December 6th 1942, John agreed to be a witness to the last will and testament of Pte. Ernest Belcher, one of the commandos from 1 Column.  Sadly, the will would be called into use before Operation Longcloth had ended, when Pte. Belcher was killed on the 1st June 1943. To read more about this story, which outlines almost the full Chindit journey of 1 Column during the first Chindit expedition, please click on the following link: 'Young Ernie' Belcher

Seen below are some more images in relation to the story of Lt. John Lindsay Watson. Please click on any image to bring it forward on the page. 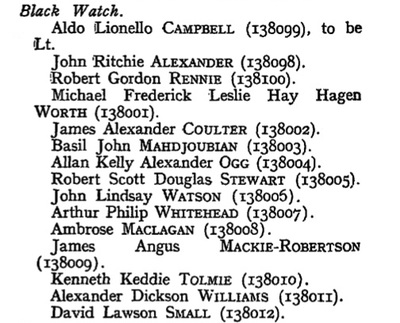 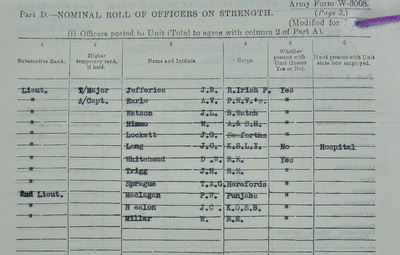 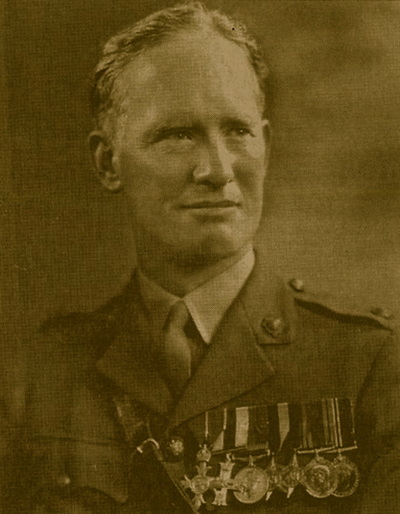 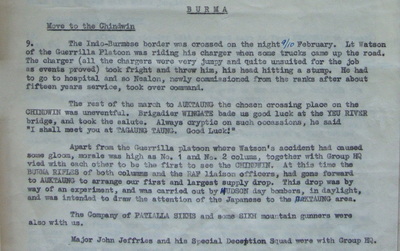 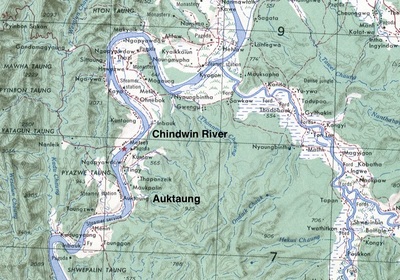 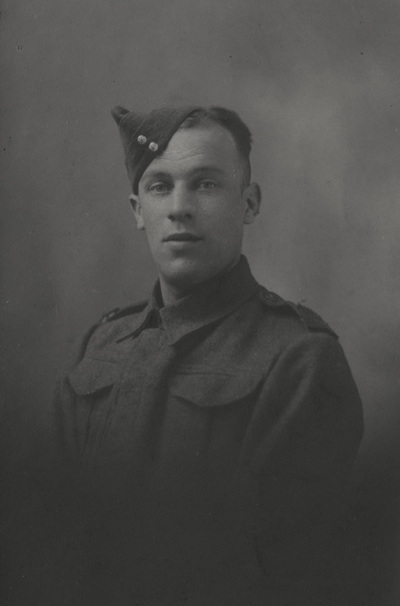