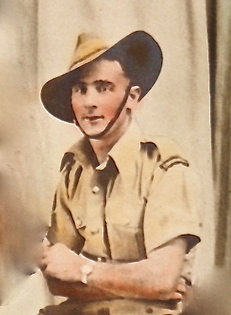 L/Cpl. James Boyce.
In October/November 2014 no fewer than six families made contact via my website pages, all of whom were related to men who had served with the 142 Commando in 1943. One of these men was Lance Corporal James Boyce.

I have recently acquired a picture of my great grandad in full Chindit uniform shortly before his death in Burma, where as far as I know he was killed by machine gun fire whilst crossing a river on the 30th April 1943. Recently, I found a picture of his name on Face 5 of the Rangoon Memorial, I am very happy at finding this picture and if it wasnt for your site my family would never have seen this. His name was 2981357 Lance Corporal James Boyce of the 13th King's Liverpool. As far as I am aware he was with Column 8 and died at the Kaukkwe Chaung.

James Boyce was the son of James and Martha Boyce from Johnstone, Renfrewshire in Scotland. Barry told me that James was the father of four children, Joe, Anna, June and his youngest daughter Eunice.

To view the CWGC details for James Boyce, please click on the following link:
http://www.cwgc.org/find-war-dead/casualty/2506217/BOYCE,%20JAMES

I had known from the outset that Lance Corporal James Boyce had been a Chindit casualty on Operation Longcloth, but I had never really been able to place him in any Chindit Column from any of the papers or documents I had read about the operation in 1943. The breakthrough occurred when I found the nominal rolls for 142 Commando at the National Archives a couple of years ago. The unit was raised on the 15th June 1942 at Jubbulpore in the Central Provinces of India. Many of the men present in the first draft were Commandos who had previously served in Europe and the Middle East theatres during the war.

Brigadier Wingate had taken possession of this group in the summer of 1942 and command for 142 Commando was given over to Major 'Mad' Mike Calvert and the unit transferred to the Chindit training camp at Saugor. The nominal rolls for 142 Commando showed that James was posted to the Commando section for Chindit Column 2 after his arrival at Saugor on the 30th September 1942.

Great Grandson Barry, confirmed that James was originally a soldier with the Argyll & Sutherland Highlanders and had served in Europe earlier in the war. From the photograph he sent (seen above), showing the traditional Commando shoulder insignia, it was clear that James had served in the Commandos from the outset. Barry asked me why it was that his great grandfather was stated as being with the 13th King's Liverpool on all research facilities such as the CWGC website, when he was actually part of 142 Commando?

I explained that all men from British Regiments or services involved in Operation Longcloth were posted to the 13th King's for the duration of the operation and became part of the 77th Indian Infantry Brigade.

It would seem that James Boyce travelled to India after his service in Europe, still a soldier with the Argyll & Sutherland Highlanders. He was then absorbed from his original Commando unit into the ranks of 142 Commando in late September 1942. It is perhaps no coincidence that he originally joined the commando platoon for Chindit Column 2, as this platoon was led by Lieutenant William Nimmo, also of the Argyll's.

Seen below are some images in regard to James Boyce and his service in 142 Commando. Please click on any image to bring it forward on the page. 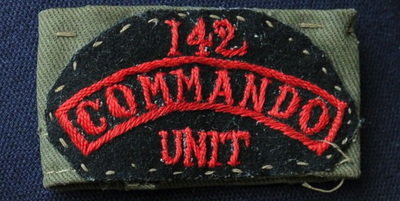 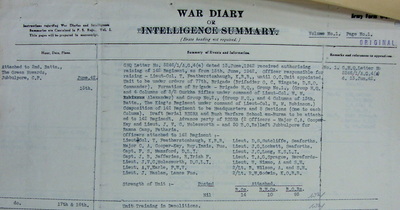 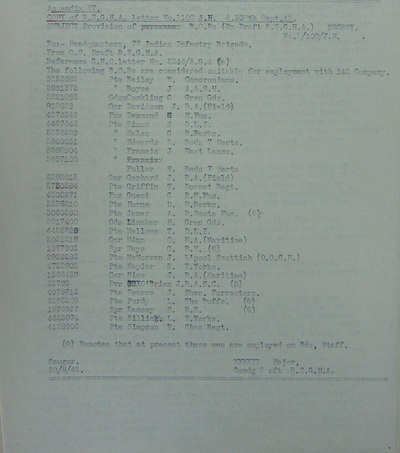 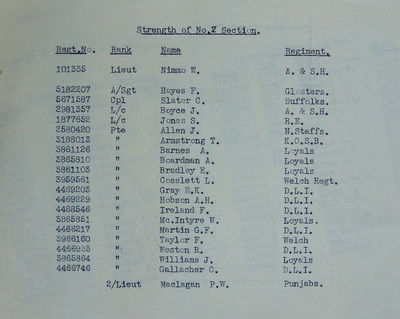 The question now posed was, how did James, originally a member of Column 2 end up fighting with Chindit Column 8 at the Kaukkwe Chaung on the 30th April 1943. In my experience logic rarely applies when dealing with Chindit soldiers and their unit placement during Operation Longcloth. It is very possible that James was simply transferred to Column 8 before the Chindits entered Burma, as this was a very common occurrence during those times.

However, it is also possible that he crossed the Chindwin with Column 2 in February 1943 and ventured on with his original unit until the disastrous engagement with the enemy at the rail station town of Kyaikthin. It was here on the 2nd March that the column disintegrated and many men were killed or wounded. After dispersal was called a large group from Column 2 headed back westward and returned to India, but a smaller number of the unit, including many of the Commandos pushed on further into Burma.

Most of these joined up with Chindit Column 1, under the command of Major George Dunlop. However, a few days later there was a meeting of many columns near the eastern banks of the Irrawaddy River. Could Major Scott of Column 8 asked for the services of Lance Corporal Boyce at this point? We will probably never know.

James's recorded date of death, the 30th April 1943 certainly matches up with Column 8's fierce firefight with the Japanese at the Kaukkwe Chaung, close to the Burmese village of Okthaik. It was on the banks of this narrow, but fast flowing river that Major Scott's column were caught out by the enemy, as they tried to get their animals and non-swimmers across. The more experienced soldiers present, mostly NCO's, stoically defended the crossing against the Japanese, whilst the rest of the column waded over the foaming waters. Many of these NCO's perished at the Kaukkwe Chaung.

For more information about the incident at Kaukkwe, please click on the following links from this website:

John Fraser-Wilson. Scroll down to the third story on this page. 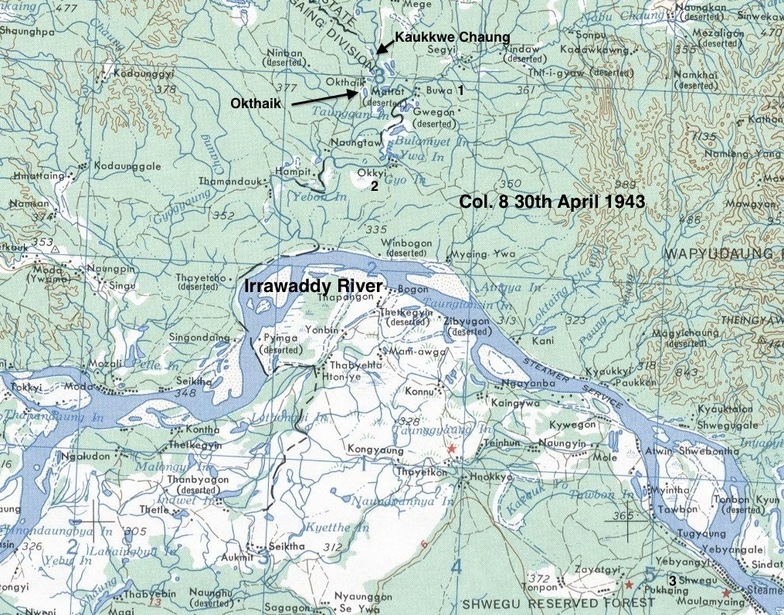 Map showing the area around the village of Okthaik leading to the Kaukkwe Chaung.
As mentioned earlier in this story, James Boyce had served with the Commandos in Europe before his transfer to the 13th King's in September 1942. Barry told me that his great grandfather had been involved in Operation Archery, which was a British Commando raid against German positions on Vaasgo Island off the coast of Norway in December 1941.

For more information about Operation Archery, please click on the following links:

Barry told me that:

I have found another picture of James from his time in Norway, during Operation Archery (shown below). He is the second British soldier on the right directly behind the second German. This photo and the others I have sent you are courtesy of his youngest daughter Eunice or Unis, as James wished it to be spelled when he sent the name from India during his Chindit training.

Eunice, who is my Gran, never got to meet her Dad as she was born while he was serving in Burma. She was very touched by your interest and help, I passed on the documents you sent me in the previous emails and she was very grateful, as she doesn't know much about her father's service and is very proud of his bravery. Thanks to your information, we will be recieving the medals he is due, at what is a very fitting time as it is Remembrance Day. When we looked at the picture recently she remarked how much I look like her Dad, which gave her a laugh.

Featured below are some more images in relation to James Boyce and his time in WW2. Please click on any image to bring it forward on the page. 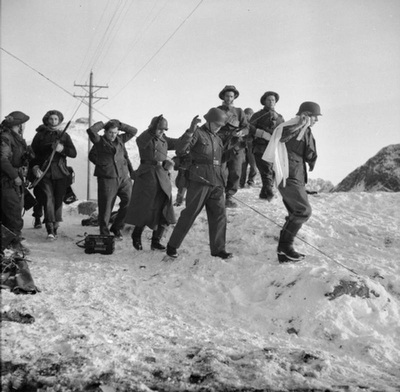 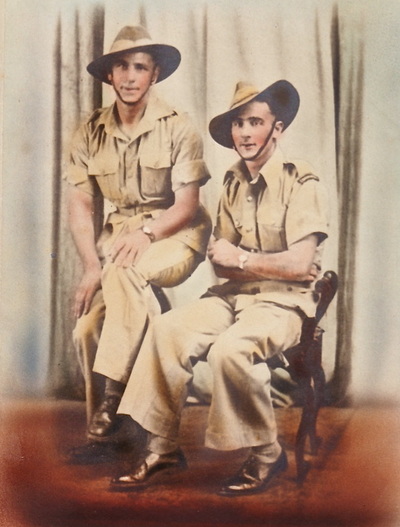 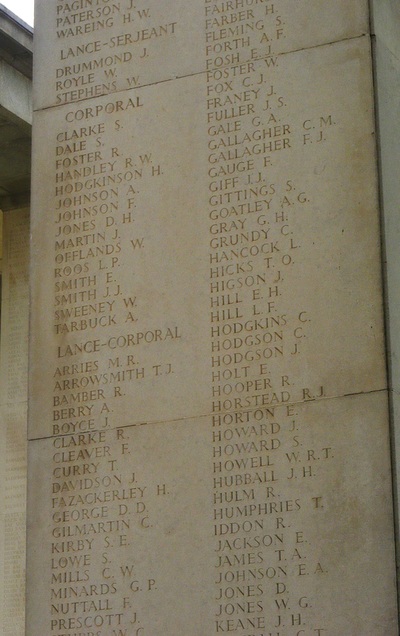 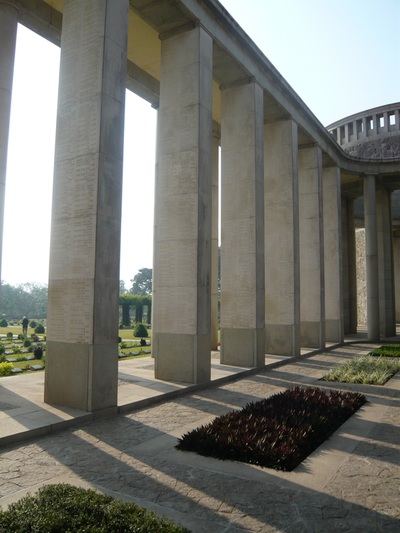 I would like to thank Barry Allan for all his help in bringing the story of Lance Corporal James Boyce to these pages. James Boyce was an extremely brave man, having served with Commando units in at least two different theatres during World War Two. He was in my opinion a true Chindit hero. I would like to dedicate this story to his youngest daughter Eunice, who sadly, much like my own Mum, never got to meet her father after he failed to return home from Burma in 1943.

From the newspaper archives now available on Find My Past, comes this short notice (now pictured in the above gallery) in relation to James Boyce, as published in the Sunday Post on the 25th November 1945. Under the overall page headline:
Hundreds of Scots families still without news
Commando Lance Corporal James Boyce
Missing on Wingate's Expedition in April 1943
James Boyce (Father), 36 McLaurin Crescent, Johnstone.
Update 02/09/2018.

In the book, Safer Than a Known Way, by Gurkha officer, Ian MacHorton, there is mention of a Corporal from No. 2 Column, who meets up with Lt. MacHorton on the dispersal journey back to India in April 1943. The Corporal remains unnamed in the book, but is portrayed as a colourful character, full of charm and good humour:

The Corporal was a likeable character who seemed to know everyone in the column. The skin on his face and neck and arms, and of every part of his body that could be seen through the many rents in his tattered uniform, was burned so black by the sun, that he was darker even than a native Burmese. His battered felt hat had all, and more, of the quality of batteredness so much courted by the British soldier wearing the coveted bush-hat of the Burma Campaign. But although the bush-hat was designed specifically for keeping the sun out of the eyes, he insisted on wearing his so far back on his head, that it was difficult to see how it remained there at all. He was made for sunshine was that Corporal.

Sadly, the Corporal did not make back to India and was killed around the end of April 1943, whilst crossing the Mu River with Lt. MacHorton.

As we crossed the river the Corporal was shouting abuse at the Japs with almost gay abandon. The water now was only knee deep and less and less it retarded our frantic movement forward. The zip and whine of bullets from behind spurred us on. From ahead came the screech and crack of Jap machine-guns and rifles. The body of a British soldier swirled past me on the swift current, the water around him pink with his blood. A Gurkha in front of me slipped quietly into the water without a sound, but on we lurched in spite of the bullets.

Suddenly we were clear of the water and belting hell-for-leather up the sandy bank. The Corporal, less than six feet ahead of me, suddenly screamed in agony and somersaulted forward to lie kicking on the sand. Even had I the will to do so, I had no time to stop. I took a flying leap over his body, where a burst of light automatic fire had torn into him leaving blood gushing from his chest and throat.

If Lance Corporal Boyce remained with No. 2 Column during Operation Longcloth and did not join up with Major Scott and 8 Column, then the Corporal mentioned in MacHorton's book could well have been James as there are a number of coincidences in regards to dates, location, circumstances of death and Chindit unit. Sadly, we will probably never know.
Copyright © Steve Fogden, November 2014.