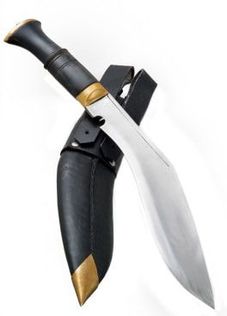 I went with the Wingate expedition to Burma in 1943. I was with No. 3 Column under the command of Major Calvert.

After crossing the Irrawaddy River the column marched to the Shweli River, where after crossing, we were attacked by Japanese forces stopping our advance. Major Calvert then ordered the column to split into smaller groups and return to India independently. We spilt up as ordered and headed once more for the Irrawaddy. A small party, of which I was one, went into the jungle to collect some concealed rations, which we had cached during our earlier advance. Fortunately, we found these rations.

Circumstances did not allow us to cross the Irrawaddy and so once more we turned east towards the Shweli. Here Major Calvert constructed rafts and tried to cross the river, but this ended in failure. We then ordered by wireless for more rations to be dropped to us, these came in the evening. With our new rations we marched down river to see if it was possible to cross anywhere else.

We met another party on this journey, commanded by Major Conron and Subadar Khumbasing Gurung. New platoons were formed and my Platoon Commander was a Burmese officer (likely to be Lt. Kenneth Gourlie) who had three Burmese soldiers with him. Lieutenants McKenzie and Gibson were also attached to this platoon. We reconnoitred the river for about twelve days hoping somehow to get across. Eventually, Major Conron managed to find some boats from a Burmese village. Major Conron got into the first boat with the following men:

The Burmese boatmen from the village rowed this party to the middle of the river. Suddenly they turned the boat over and swam away. Subadar Khumbasing, Motilal Rana and Major Conron's Orderly all managed to swim ashore, but Major Conron and Gyalbosing Tamang were not seen again.

After witnessing this treachery on the part of the Burmese we decided not to rely upon them anymore and made for the jungle where we wandered for about two weeks. As we now had no rations left, we decided that each man should go his own way. On the verge of starvation I decided to go to a village and ask for some food. Here several villagers caught hold of me, took away my rifle and ammunition, bound me with ropes, put me into a bullock cart and took me to the Katha Camp, where they handed me over to the Japanese. Through lack of food and hardships, I suddenly became very ill. I remained at Katha for about one week, before being transferred to Maymyo.

​There was an improvement in rations at Maymyo, but the treatment meted out by the Japanese was cruel in the extreme. I was beaten unmercifully with sticks and forced to work as a coolie. I stayed here two months and was then sent to a village in Chinese territory, stopping one day at Myitkhina en route. I was forced to do coolie work carrying grain from the villages. I did this for around three months and was then sent back to Myitkhina where I remained for one week. I was then sent to Kamaing as a mule driver and in the company of twenty-six other prisoners proceeded to the Kachin Hills. In the party were two men from 3/2 Gurkha: Naik Bahabir and Rfm. (10120) Lalitbahadur Thapa.

We stayed in the Kachin area for about eight months and then returned to Kamaing for a matter of two weeks or so. A party of twelve of us were then ordered to go to Taungi Busty to look after mules and remained there for about three months. The 3/6 Gurkhas (part of 77th Brigade on the second Chindit Operation in 1944) arrived in the vicinity of Taungi Busty and during that night the Japanese retreated and took us with them to Mogaung.

By this time I had become desperately ill and could not walk and as I was of no further use to the Japanese, they left me behind. I lay in the Post Office bungalow and after a little while a second party of Japanese arrived and whilst they were sitting down and talking a grenade exploded by accident. This killed two Japanese and blew off the little toe of my left foot. The party of Japanese departed leaving me alone once more.

Seen below is a gallery of images in relation to this story, including a map of the area in which Tek Bahadur Rai was eventually captured by the Japanese in April/May 1943. Please click on any image to bring it forward on the page. 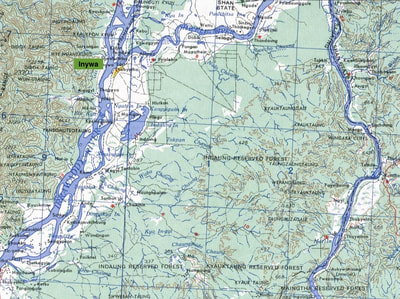 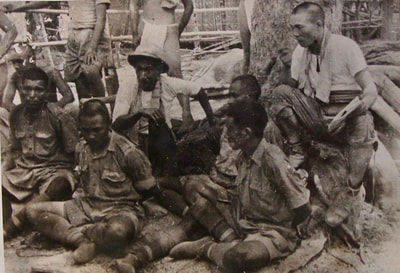 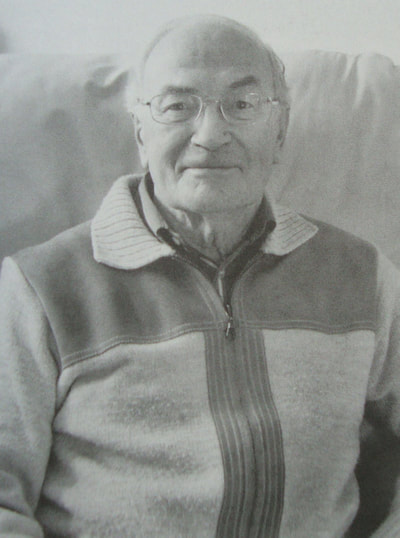 After the Japanese left me, I decided to go out and look for some food and arrived at the house of a Mohammedan. He fed and kept me for about a month. One day some Japanese soldiers came to the house and forcibly took the Mohammedan away and I never saw him again. Before leaving he advised me to go to the house of a Hindu from Orissa. Fortunately, this man took me in and fed me. During my stay there our own artillery opened fire on the village and all the villagers ran away. I stayed behind and lived on the food the villagers had left behind.

After a few days a patrol of British soldiers arrived. As soon as they saw me they got ready to fire, but I shouted at them that I was a Gurkha and explained my plight. The soldiers then carried me on their backs to Katha, where they arranged to send me up to Myitkhina by plane. From here I was flown to Panitola and from there to Dibrugarh Hospital. After sometime I was sent Dimapur Hospital arriving there in August 1944. I was then transferred to Lucknow Hospital in October 1944 and stayed there for five months. Finally, I was despatched to 26 I.C.D. at Dehra Dun and then on the 19th March 1945, I was transferred to the Regimental Centre for the 2nd Gurkha Rifles.