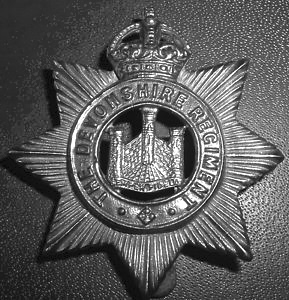 Cap badge of the Devonshire Regiment.
Pte. 5630293 George Walter Lee was the son of John Henry and Eliza Lee and came from Bethnal Green in East London. George, although very much a Londoner, began his Army service in WW2 with the Devonshire Regiment and spent most of his initial period in the Army performing coastal defence duties in readiness for the expected German invasion across the English Channel.

After voyaging to India, a small draft of soldiers from the Devon's joined Chindit training at the Saugor Camp on the 26th September 1942. George was placed in to the Northern Group Head Quarters commanded by Lieutenant-Colonel S.A. Cooke, formerly of the Lincolnshire Regiment.

Northern Group HQ spent most of its time in Burma in close proximity to Column 8 commanded by Major Walter Purcell Scott of the King's Regiment and were also never too far away from Wingate's own Brigade Head Quarters. On the 29th March 1943, Wingate's HQ, Chindit Columns 7 and 8 and Northern Group's Head Quarters were all gathered on the eastern banks of the Irrawaddy River close to the Burmese village of Inywa.

A bridgehead party was formed and began crossing the mile wide river in hired country boats, which were manned and piloted by local Burmese villagers. A Japanese patrol on the western banks opened up on the leading boats with machine gun and mortar fire and many casualties were inflicted on the Chindits attempting to cross the river. Wingate and his column commanders decided to abandon the crossing and moved back in to the scrub jungle close to the riverside. Eventually, the orders were given for the various columns to split up and Wingate sent Scott and Gilkes' columns away from the area heading roughly south-east. In all the confusion, Pte. Lee was left at the river and eventually joined up with Brigade HQ.

Wingate and his own Brigade Head Quarters remained in the area around Inywa, laying up in the thick-set scrub jungle just a few miles back from the river. They rested up in this location for nearly a week, hoping that the enemy would follow after the other Chindit columns and leave open the possibility of another potential crossing of the Irrawaddy at the same point as before. Wingate reduced his HQ down into smaller parties and these groups headed off towards the river. It seems highly likely that George Walter Lee became part of the group led by Captain Hosegood and Lieutenant Wilding.

​George was officially recorded as missing in action on the 30th March, but was actually captured by the Japanese on the 2nd May 1943 on the eastern banks of the Irrawaddy River. This is the identical date of capture for another member of Hosegood's dispersal party, namely Pte. Leonard Coffin who was also originally from the Devonshire Regiment before joining the 13th King's at Saugor. Rather than repeat the same story once more on these pages, please click on the following link to read about Pte. Coffin and the other men from his and George Lee's group:

​Pte. Lee was recorded missing by Major Gilmour Menzies-Anderson of the 13th King's. This officer gave several witness statements about the last known movements of many men from Operation Longcloth, especially those who were to become prisoners of war and who had made up the numbers of Wingate's Brigade HQ. Major Anderson had been the commanding officer of the ill-fated Column 6 during training and I do wonder whether the men he takes great care to report as missing, were not originally part of this unit.

​​NB. 6 Column suffered greatly during training, losing men to accidents and illness to such an extent that the unit was disbanded in late December 1942 and any fit personnel transferred to other groups.

George Walter Lee was one of the few Chindits to survive their time as a prisoner of war and was liberated after two years inside Rangoon Jail. He was given the POW number of 334 whilst in Rangoon and was one of the men chosen by the Japanese to travel with them as they attempted to escape Burma and move south-east into Thailand. George gained his freedom along with 400 other POWs near the town of Pegu on the 28th April 1945. To read more about the Chindit POW experience, please click on the following link: Chindit POW's

Seem below is a gallery of images in relation to this story, please click on any image to bring it forward on the page. 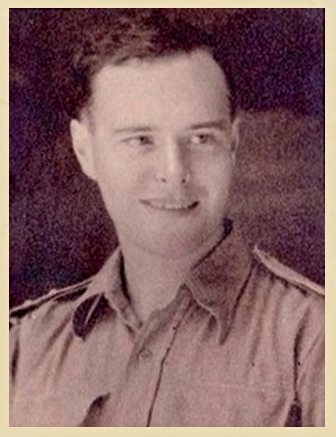 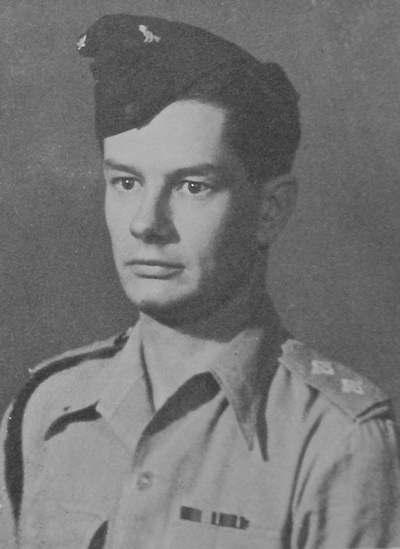 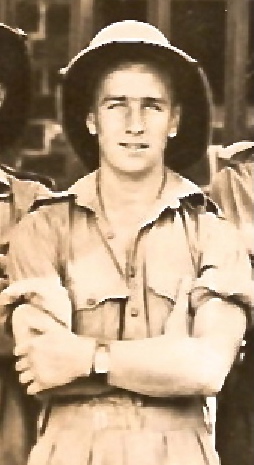 The thoughtful nature of George Walter Lee came to light after his repatriation to the United Kingdom in the winter of 1945. After settling back home with his family in Bethnal Green, George began his quest to ensure as much information was relayed about the lost and missing from Operation Longcloth, not only to the offices of the Army Investigation Bureau at Liverpool, but also to several individual families.

George replied to an official request for assistence by the Army offices based at the Blue Coat School in Wavertree, Liverpool. From the records held at the National Archives, a five page letter has survived, but from the running of the script it seems likely that there were more pages in the original document.

Dated 06/11/1945
​
Sirs,
In answer to the missing personnel of the King's Regiment from the Burma campaign Chindits. I can give some information about a few persons.
​
1. 5627474 E.D. Rogers. He once belonged to the Devonshire Regiment with me and I saw him buried at Maymyo in Burma. I was there when he died from dysentery. I believe he was from the Devon area and I am certain of this death.

NB. Pte. Everard Donald Rogers, a former 12th Devon went missing on the 10th April 1943 from 7 Column officer Rex Walker’s dispersal party. He subsequently died from dysentery on the 1st June that year and was buried at the Chindit POW camp in Maymyo. To read more about his Chindit journey, please click on the following link: Rex Walker's Dispersal Group 4

2. 6296508 L.A. Purdy. Sir, a Purdy was attached to my party of 26 when Brigadier Wingate split us up into small party's, but I do not know if it is the same one that you mention. This man was in the 142 Commandos and was in Brigade HQ. He was killed whilst trying to re-cross the Irrawaddy River with me.

NB. Lance Corporal Leslie Albert Purdy was the son of Violet May Purdy from Walthamstow in Essex. Leslie, originally a soldier in the Buffs (East Kent Regiment) had joined 142 Commando on the 30th September 1942 at the Chindit training camp in Saugor. He was posted to Wingate's Head Quarters later that year. The CWGC have Leslie's date of death recorded as the 14th April 1943, however, all documents in relation to his disappearance on Operation Longcloth show his missing in action date as the 30th April. To read my own individual story about him, please click on the following link and scroll down the page to the relevant section: Roll Call P-T

​There are quite a few names from you're list that I know died in Rangoon Jail, but I do not know their Army numbers, so I do not know if they are the same persons. About 200 of the King's died in this prison out of about 250 held there.

3. 3055003 CSM R. McIntyre. I can assure you that this man is dead, as there was a lot of talk in the prison camp about a certain other man being charged if he ever got out of this camp, but in the end he died. CSM McIntyre was taken prisoner, then some food was stolen from the Japs. The other man told the Japs that McIntyre had taken it and they took McIntyre away; he was never seen again. I can only guess what they did to him.

NB. CSM Robert McIntyre was born in September 1917 and was the son of James and Jeannie Campbell McIntyre and the husband of Winifred McIntyre, of New Wortley near Leeds in the county of Yorkshire. His Army service number suggests that Robert had originally enlisted into the Royal Scots Regiment, before joining the 13th King's at Glasgow, when the newly formed battalion were looking to recruit experienced and battle hardened NCO's. It is likely that Robert was with the 13th Battalion when it voyaged to India aboard the troopship 'Oronsay' in December 1941.

To read Robert's own personal story, please click on the following link and scroll down the page to the relevant section: Roll Call K-O

4. Another man who I can tell you of is 3780156 G. Needham. He was once the cook for Brigade HQ which I was in. He was wounded and taken prisoner with some other men, but when a man was found wounded by the Japs, he was usually finished off and this is what happened to Pte. Needham. The rest of the men were taken away leaving this man behind to be murdered.

NB. Pte. George Needham was the son of George and Alice Needham and the husband of Alice Needham from Leigh in Lancashire. Originally a cook in the 13th Battalion, George moved across to 142 Commando in the summer of 1942 and was attached to Wingate's Brigade Head Quarters. Pte. Needham was captured with Captain Hosegood at the Mynyaung Chaung in early May 1943. From witness statements given by survivors of Operation Longcloth:

Pte. James Dixon, also of 142 Commando stated that: I think that he (Needham) was shot by the Japanese because no medical facilities were available when they moved us on. George Needham died on the 12th May. His grave was never recovered after the war and so he is remembered upon Face 5 of the Rangoon Memorial located at Taukkyan War Cemetery on the northern outskirts of Rangoon.


5. 5628431 A.J. Strevens. This man was killed on the Irrawaddy River by a mortar bomb. I cannot tell you the exact place or date.

NB. Alfred John Strevens, a Londoner from Kentish Town was a member of 7 Column in 1943. This former 12th Devon crossed the Irrawaddy on the 29th March to help form a bridgehead on the western banks of the river during the Brigade's attempted, but ultimately unsuccessful crossing at Inywa. Alfred died a few days later from his wounds, sustained from a mortar bomb explosion.

George's letter concludes:
​
Sir, this is all I can tell you, but as I have said, a great deal of these men died in Rangoon Prison. As the men died their name and regimental number were taken down, along with their home address and written in a book. I think this book was handed over to the right people back in India.

I first became aware of George Walter Lee, when I read another letter written by him, this time sent to the family of his own namesake, Lance Corporal George Lee, the Cipher Clerk from 5 Column. Both men had spent time together in Block 6 of Rangoon Jail after being captured during Operation Longcloth, but sadly Lance Corporal Lee perished inside the jail in early September 1943.

I had the privilege to read George's letter when I visited Burma in 2008. By wonderful coincidence, also present on the tour was Arthur Lee, the son of Lance Corporal George Lee and he allowed me to read through the letter which described his father's time in Rangoon, including details of his sad demise. I later discovered that this was not the only family George had attempted to contact after his return to the United Kingdom and that he had sent similar notes to several more, especially to those belonging to men originally from the Devonshire Regiment.

Seen below is a final gallery of images in relation to George Walter Lee and his Chindit story. Please click on any image to bring it forward on the page. 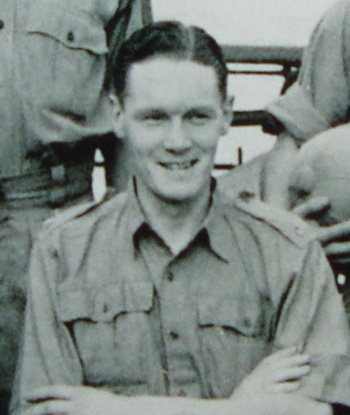 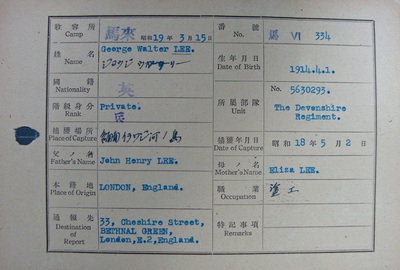 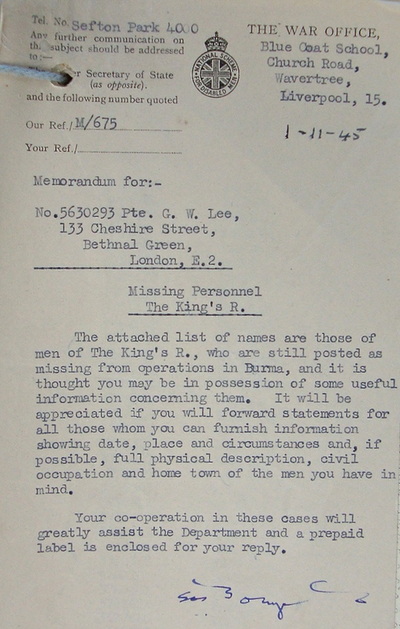 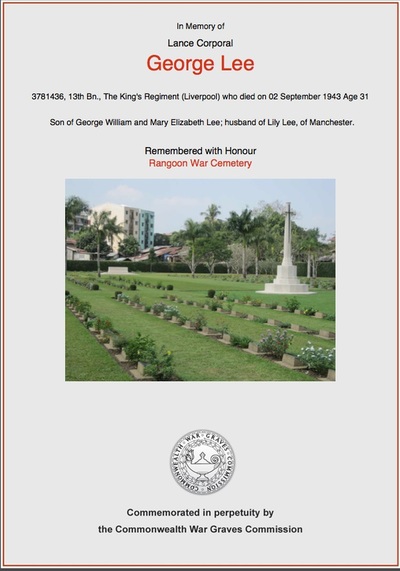 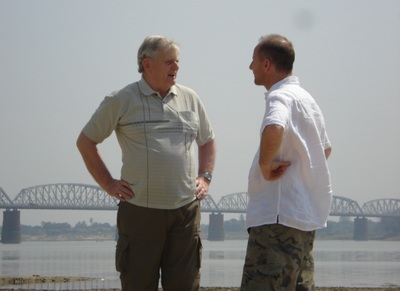